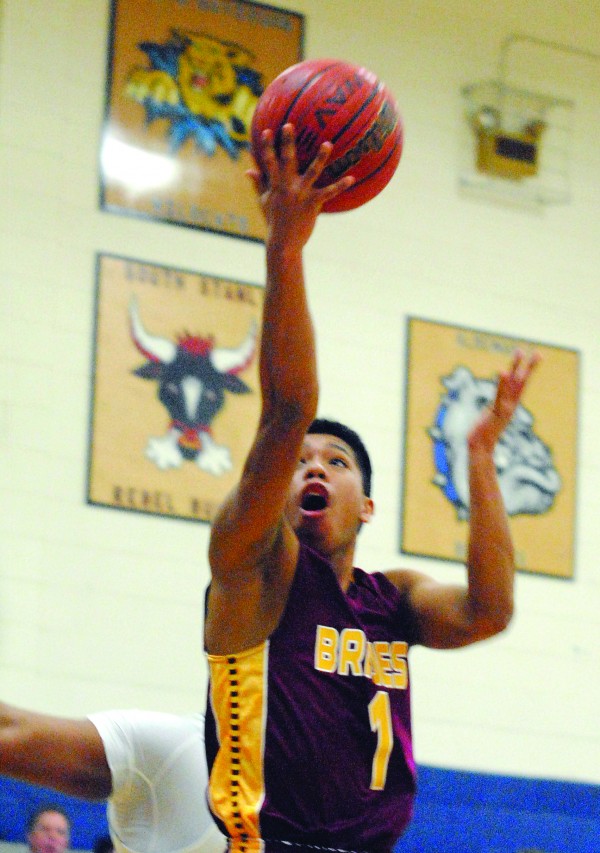 Cherokee’s Jason McMillan goes for a layup during a second round state playoff game at Albemarle on Monday, March 2. He finished the game with 15 points and three steals. (Photo by Charles Curcio/Stanley News and Press)

ALBEMARLE – The Cherokee Braves (24-3) lost a squeaker (65-64) to the Albemarle Bulldogs in the Sectional Final on Monday, March 2.  Three Braves were in double figures including Dustin Johnson (19), Jason McMillan (15) and Eli Littlejohn (11).

Littlejohn led Cherokee with seven rebounds followed by Johnson with six.  This game was even in almost every statistical category, including the score.

Albemarle took a slight 18-15 lead at the end of the first period.  The Bulldogs outscored the Braves 20-16 in the second period to take a seven point (38-31) lead into the locker room.

Albemarle came out for the third period and extended its lead, and they led by as many as 12 points in the third.  But, Cherokee came back with a vengeance and ended up outscoring Albemarle 22-17 in the third to only trail 55-53 going into the fourth.

The Braves outscored the Bulldogs again in the fourth period (11-10), but ended up one point shy.