BASKETBALL:  Braves come back in second round win 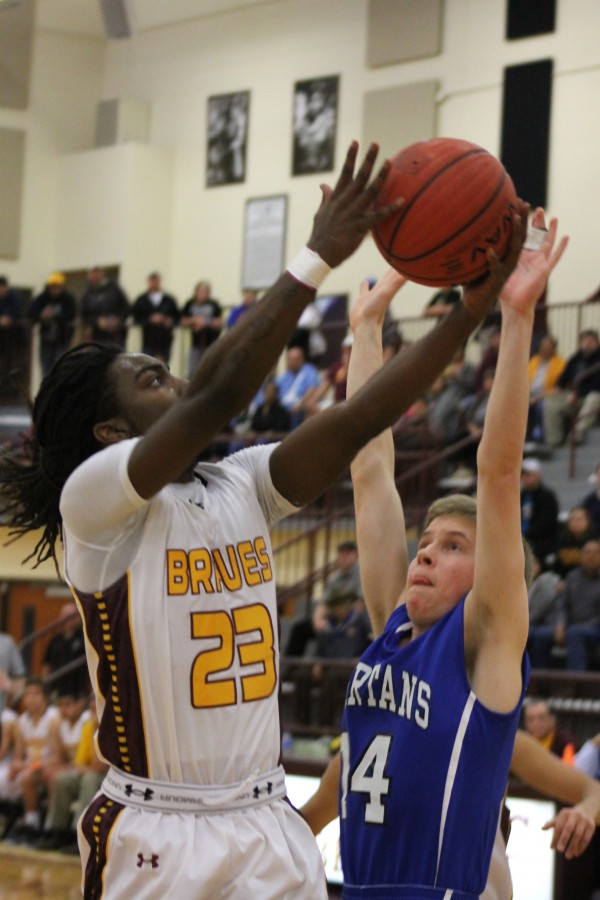 The Cherokee Braves (24-2) stayed persistent and overcame a 10-point first period deficit in a state playoff second round game at home on Saturday, Feb. 28.  Cherokee ended up defeating the visiting Community School of Davidson Spartans 64-54 after trailing for most of the first half.

Coach Tullos said the team will be back in focus for the Sectional Finals set for Monday, March 2 where they will travel to Albemarle.

The Braves started out slowly in Saturday’s game and trailed early.  Dustin Johnson, Braves senior point guard, made Cherokee’s first basket at the 5:23 mark in the first.  The Braves would go on to trail 16-6 at the end of the first period.

Both teams came out and matched each other basket for basket for the first four minutes of the second period, and Davidson led 24-14 with 3:39 left before the half.  The Braves stepped up the pressure defensively and didn’t allow Davidson another point all period.

Then, Cherokee went on a six point run to come to within four (24-20) with 2:04 left.  Almost two minutes later, Eli Littlejohn, Braves senior center, hit two free throws with 13 seconds left to tie the game at 24-24 – the first time Cherokee had not trailed all game.

The last few seconds before the half were entertaining for Braves fans.   Brandt Sutton stole the ball and got a quick bucket with 7.5 seconds left to give Cherokee their first lead at 26-24.  On the ensuing inbounds pass, Jason McMillan stole the ball on the far left side and quickly passed the ball inside to Johnson who made a finger-roll layup with 2 seconds left to give Cherokee at 28-24 lead at the half.  McMillan ended the game with six steals.

The Braves kept going and led 50-25 with 4:35 left in the ball game.  Cherokee played a tough game defensively, and two Braves (Littlejohn and J.J. Benjamin) fouled out in the fourth period.  But, it didn’t phase the Braves as they held on for the 64-54 victory.

To view or purchase photos from this game, visit: https://onefeather.smugmug.com/SPORTS/BASKETBALL/BRAVES-BASKETBALL-201415/Vs-Community-School-of/