What’s happening at the Fair on Thursday?

The third day (Thursday) is traditionally known as “Elders’ Day”. Each day of the Fair has its own unique theme. All men and women ages 59 years and up have free admission on this day. The day will begin at 11am with the posting of colors by Steve Youngdeer American Legion Post 143 veterans, followed by the National and Eastern Band of Cherokee Indians anthems. The elders will be treated to lunch beginning at 11:30am. Activities for the elders will include, bingo, concert by Robert Wolfe, a square dance performance, a concert by Soco Creek and an elder’s corn hole tournament. 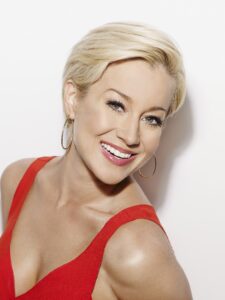 The exhibit hall displays, including the Agricultural Extension Office contest entries, Community displays, Veteran remembrance display and Qualla Arts and Crafts Cooperative contest entries, will all be available for viewing throughout the day. Carnival rides will be running on schedule for Thursday as will be the food and craft booths.

The will be two men’s stickball games on Thursday. Teams are to be determined at a later date.

At 8pm, American country music artist and television personality Kellie Pickler will take the Cherokee Fairgrounds Amphitheatre stage.  Pickler is a singer/songwriter from Albemarle, North Carolina who placed sixth in the hit television show, American Idol– season five. Her albums include “Small Town Girl”, “Kellie Pickler”, “100 Proof” and “The Woman I Am”. She sung the top 10 country hit, “Best Days of Your Life”, which she co-wrote with Taylor Swift. In addition to her singing and songwriting talents, Pickler appeared on Dancing With The Stars, where she won the mirror ball trophy as best dancer in season 16.

To finish out the night, the second round of Cherokee Idol will take place after the Kellie Pickler concert. Hosted by Chris Watty, local singers will compete for prize money and the honor of being named the 2014 Cherokee Idol.