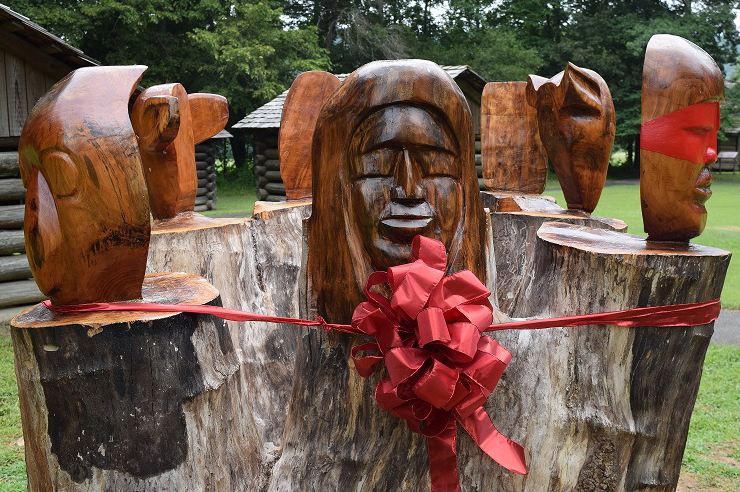 Sponsors of the masks included: Cleveland Bradley Chamber of Commerce, Friends of Red Clay, Tennessee Art Commission, Rick and Ramona Bird, and the State of Tennessee.

“We would like to thank all of those who helped to make this event possible including: Principal Chief Michell Hicks, Tribal Council, Ashley Brown, Paxton Myers, Gayle Miller (Cherokee Nation), Gina Black Fox (Cherokee Nation, Red Clay staff, and the Friends of Red Clay,” said Rick Bird.  “We would also like to thank Dr. Abrams for a great lecture, and we would also like to extend our thanks to our food vendors, Pat Calhoun, Nikki Crisp, and the Corn Crib.  It was a great event, and I am honored to participate in such an historic event.” 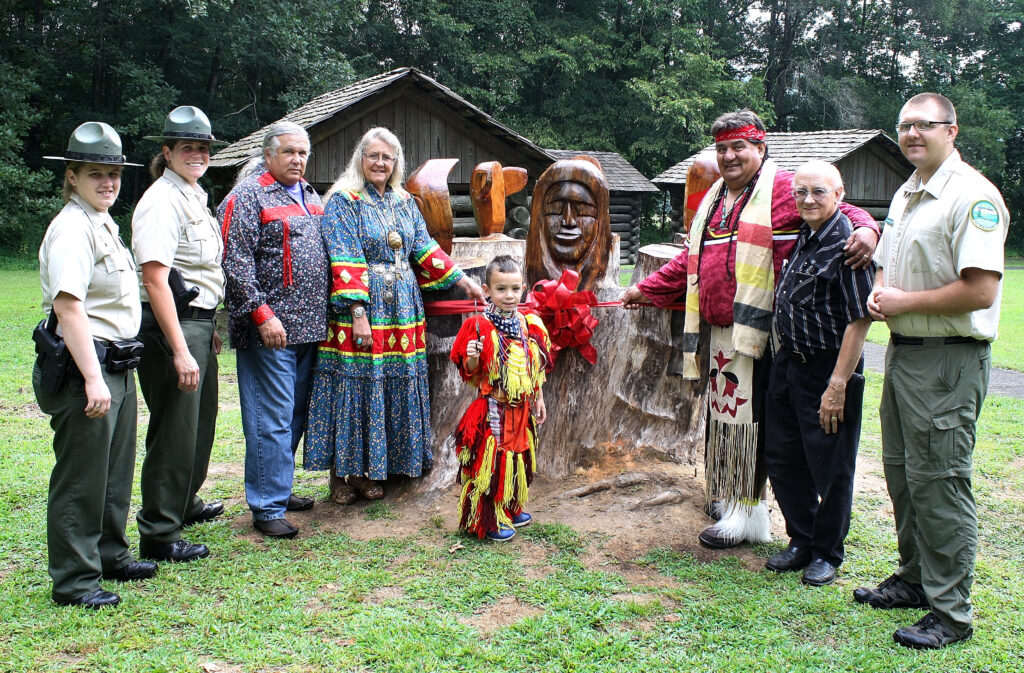