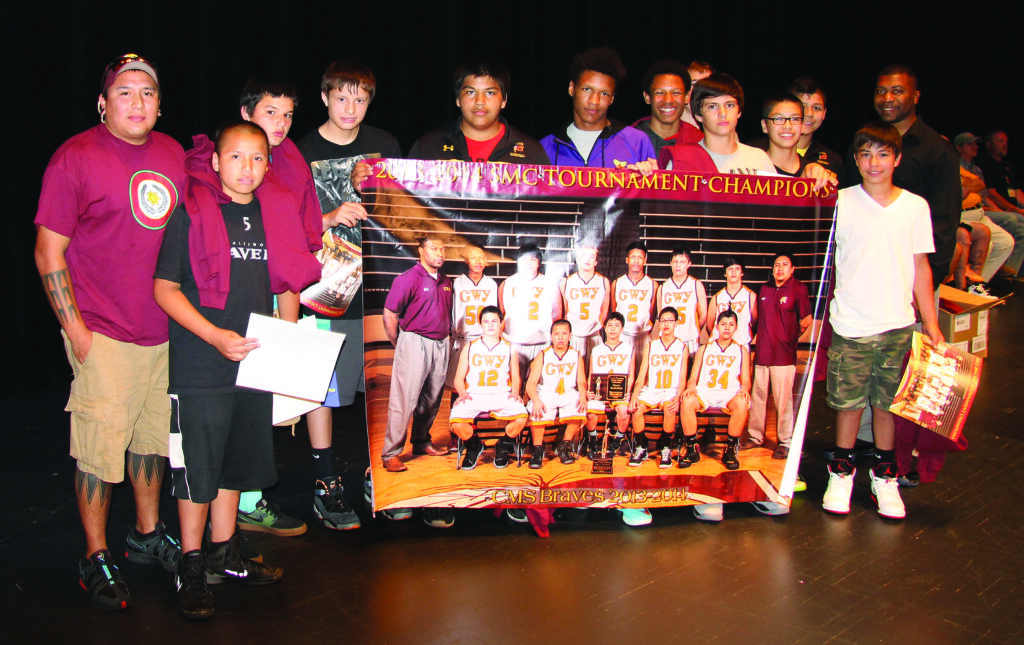 The CMS 2013-14 boys basketball team poses with a banner they were presented with during the CMS Athletic Awards program on Friday, May 23 in commemoration of winning the Smoky Mountain Conference tournament. (SCOTT MCKIE B.P./One Feather photos) 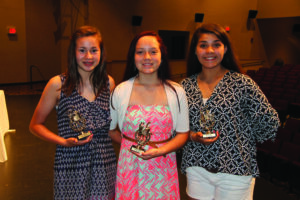 Cherokee Middle School honored its 2013-14 athletes during a program at the Chief Joyce Dugan Cultural Arts Center on Friday, May 23.  Cance Carnes, CMS principal, commented, “I want to thank all of our coaches.  They have done a tremendous job.”

Yellowhill Rep. B. Ensley spoke prior to the awards being presented and said, “We’ve got some great, great athletes here in our community. Through hard work and determination, you can be even greater than what you are today.  I want to encourage you (student-athletes) to keep up with your education.  If you don’t have the grades, you can’t play ball.”