SOFTBALL:  Lady Braves fall to Swain in first round of playoffs 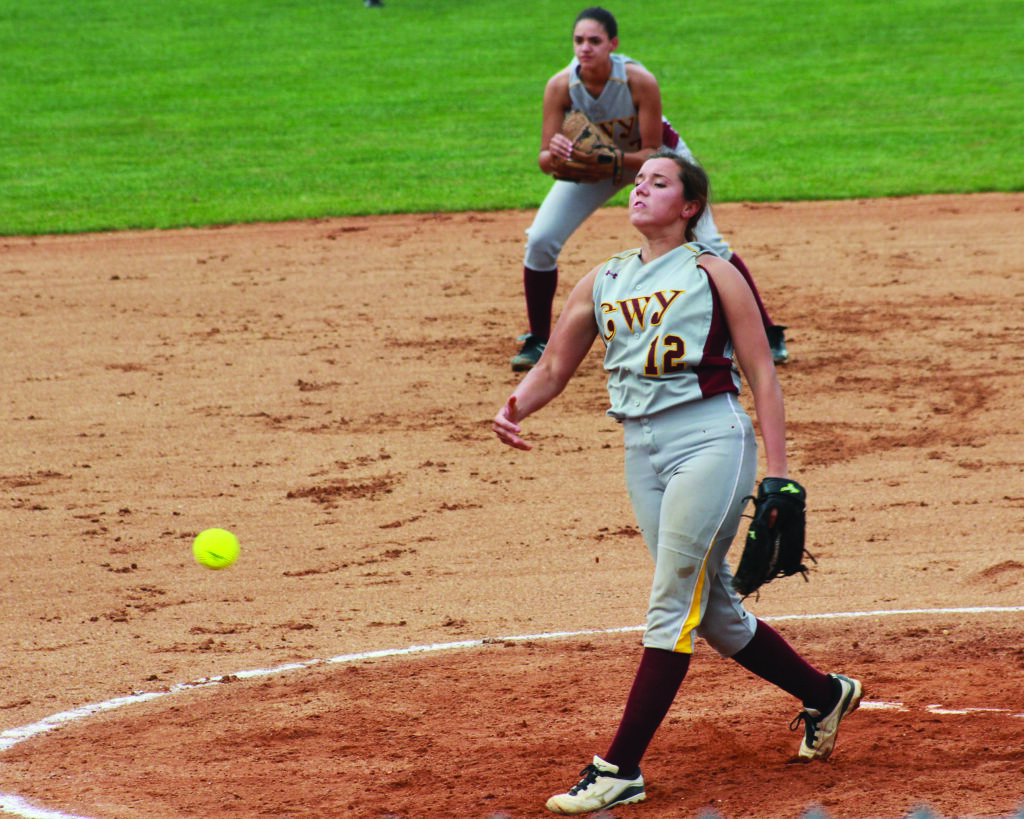 Cherokee junior pitcher Dre Crowe delivers a strong pitch during the first round of the state playoffs at Swain on Tuesday, May 13. She ended the season with 129 strikeouts. (AMBLE SMOKER/One Feather)

The Lady Braves fell to the Maroon Devils 5-0 on Tuesday, May 13 at the Swain County High School softball field during the first round of the 1A state playoffs.

The Lady Devils threatened early in the first inning by getting runners on the corners, but starting pitcher for the Lady Braves, Dre Crowe, pitched her way out of trouble by retiring the next two batters to end the frame.   After giving up a two-shot homerun in the second to Swain’s Brianna Steep, Crowe was able to use her arm again to escape further trouble, once again leaving runners stranded on the bases.

Offensively, the Lady Braves were unable to get the bats going as they were held to just 3 hits and 4 strikeouts on the evening.  The Lady Braves started to gain some momentum in the fifth when a double from Kristen Driver drove base runner Lacey Arch to third.  However, the momentum was short lived as they were unable to capitalize when both runners were left stranded on base to end the inning.  The Lady Devils tacked on three more runs in the bottom of the fifth to bring the game to the final score of 5-0.

While the 2014 campaign may seem disappointing on the surface, the team still has a bright future to look forward to.

After the game, Coach Reed explained, “I can’t say anything bad about the team.  We had a good time. We  just didn’t play good ball when it came time to play it.  I’ve got one senior (this year), so next season looks good providing we come out with a chip on our shoulder and win some ball games.  Right now, it (the future) looks good, it looks bright.  We have some good girls with good attitudes…they know how to catch.  They know how to throw, and we’ve just got to put everything together. We even had the best pitcher in the conference.”

As Coach Reed alluded to, a major bright spot on the season was junior pitcher Dre Crowe who entered the game with 122 strikeouts on the season and added seven more during the game to bring her yearly total to 129.  Understanding it takes hard work and dedication to continue getting better, Crowe works on her pitching year around and plans to hit the batting cages over the summer to improve on her batting average.

When asked about her goals for next year, Crowe stated, “I plan to get my batting average up, maybe get some college coaches attention, and get more strikeouts.”