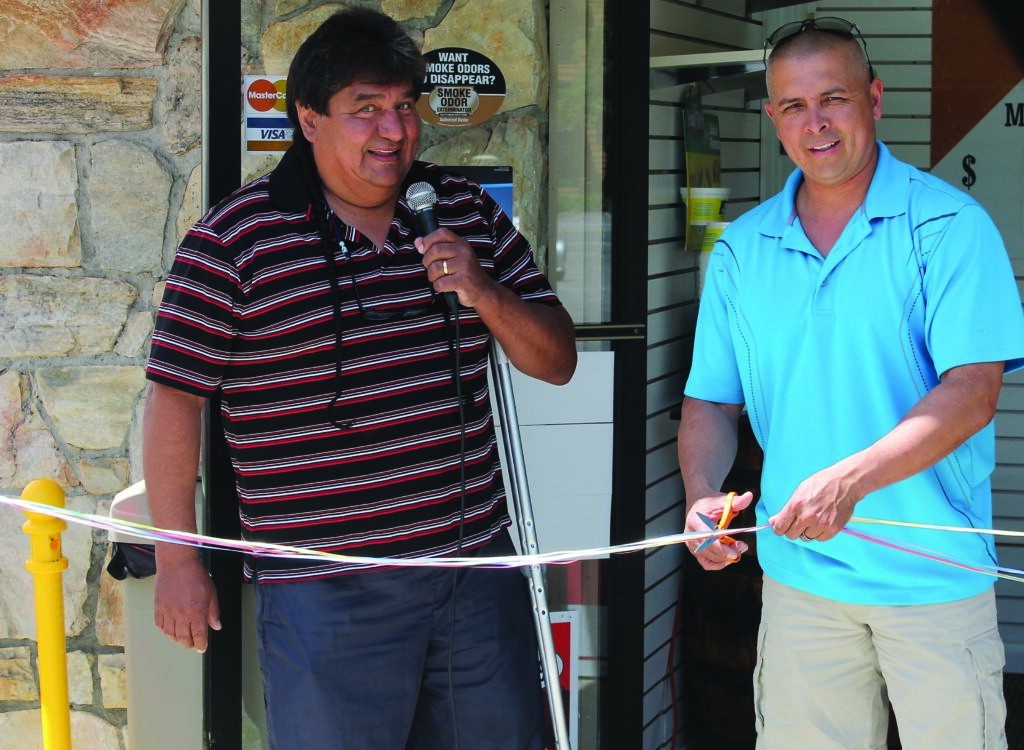 Ric Bird, an EBCI tribal member, opened his first Smoke Shop in Cherokee on Oct. 1, 2010.  Since that time, his stores have contributed over $636,000 to tribal levy, and this past year alone, his two stores contributed over $225,000.   He opened his third store, this one located in the Saunooke Village off of Big Cove Road, on Friday, May 2.

“The motto for our store is to create income, create jobs, increase tribal levy, and raise the grandkids,” said Bird.  “We saw this as a new market.”

“We saw it as an opportunity to create more jobs and hopefully increase tribal levy and our sales.”

The three shops currently employ a total of 18 people, 14 of which are EBCI tribal members.

On his success, Bird related, “We took a chance.  Everyone was a critic when I first told them I was going into the tobacco business. They said there was no money in tobacco because the profits are very low….but, we worked hard and we worked to give a nice, fair price to our people.”

Principal Chief Michell Hicks cut the ribbon to officially open the new shop on Friday.  In speaking at the event, he commented to Bird, “We do appreciate what you’re doing and what you’re doing for our community.  To think about the amount of tribal levy you have generated is really commendable.  Continue your good work.”

Bertie Saunooke, owner of the building the new shop is located in, was also at Friday’s event.  “I wish you all the luck with your grand opening.  It’s something we’ve been talking about since last year…I think it’s going to be a great addition to this area right here.”