Siyo, Nigada!  Hello everyone!  My reign thus far has been very busy and very exciting.  This winter, I represented our Tribe at many local events, parades, state and federal events.  I am very grateful for the opportunities that I have been given and feel very blessed!

November is the time that we focus on our veterans and giving thanks to our loved ones.  Throughout the month, I attended several veterans ceremonies, joined our elders to celebrate Thanksgiving, and visited our local child care center to read to the children.  Events included:

December was an exciting month for me!  I attended several Christmas Parades, formally introduced myself to Tribal Council, and spoke at some local events. Events included:

Miss Cherokee speaks at the dedication of the new Cherokee Cultural Center at the Moss Memorial Library in Hayesville in March.

After a busy holiday season, I took a few weeks off in January to re-energize!  I received one of the neatest packages ever.  I mailed out Christmas Cards to various people, organizations, Tribes, including the President and First Lady of the United States of America.  On Jan. 21, 2014, I received a package in the mail from The White House! It was a thank you note signed by the President and First Lady thanking me for the Christmas card and Christmas book.  I also received thank you cards from Dan Lunsford, president of Mars Hill University, and the Wampanoag Tribe of Gay Head.

On Feb. 3-6, 2014, I traveled to Washington, DC to attend the United South and Eastern Tribes Impact Week meeting.  I took some time to take in the sights, culture and rich heritage that our Nation’s Capital has to offer! I also spent time with students participating in the Close-up High School program, which is a program designed to give students an inside look at our democracy in action.

March is the month of the spring, a time for new beginnings, and the time of renewal.  Throughout the month, I attended groundbreakings, grand openings, and celebrations of new growth!  Events included: 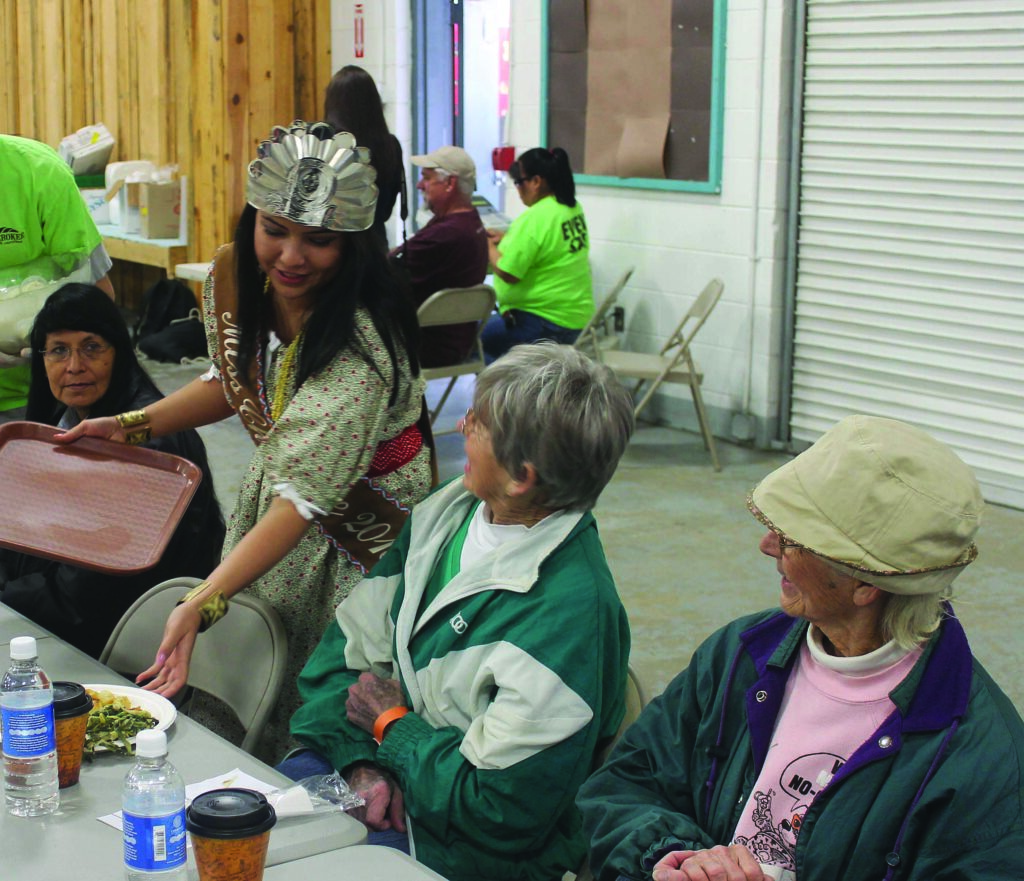 Miss Cherokee serves dinners at the annual Rainbows and Ramps Festival in March.