The Cherokee Wrestling team added another notch to the win column on Thursday, Jan. 16 as they beat the visiting Hayesville Yellow Jackets by a team score of 42-24.  The Braves continue building momentum with their second team victory of the week as the 2013-14 season winds down and heads into post season action.

Levi Swearengin won in convincing fashion by pinning his opponent in only thirteen (13) seconds.  Jaron Bradley also picked up a win by pin fall while Anthony Toineeta and Ethan Swearengin won by a major decision and decision, respectively.  Cherokee picked up four wins via forfeit while Hayesville picked up three due to forfeit. 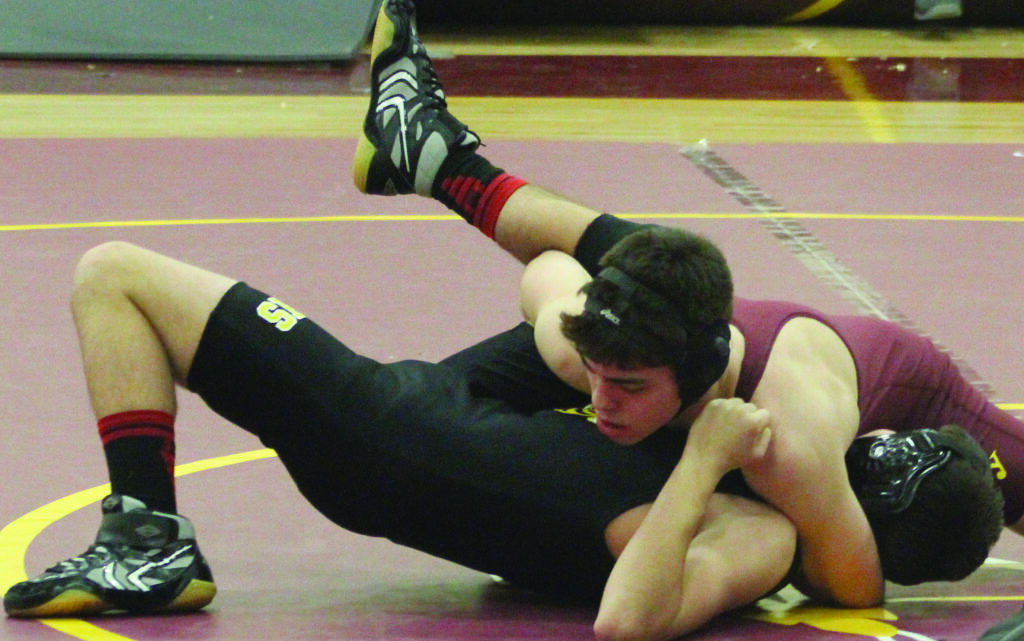 The Cherokee Middle School Wrestling team put up a valiant effort, but fell short of a team victory with a final score of 42-36. However, the Braves went undefeated in the contested matches of the night with a victory coming from Scarlett Guy (default), Kevin Jackson (pin) and Seth Sneed (pin).  Hayesville picked up seven (7) forfeits while Cherokee picked up three (3).

Another great night for Cherokee Braves wrestling as the team continues to gear up towards a strong post season run.  The next home match will be on Tuesday, Jan. 28 against the Swain County Maroon Devils at 6pm.