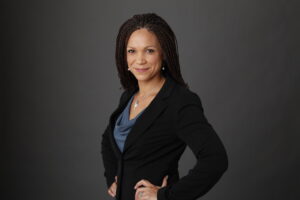 Host of the weekend news and opinion show “Melissa Harris-Perry” on MSNBC, Harris-Perry will speak at 7 p.m. Wednesday, Jan. 22, in the Grandroom of A.K. Hinds University Center. The event is free and open to the public.

Harris-Perry also is a professor of political science at Tulane University and founding director of the Anna Julia Cooper Project on Gender, Race and Politics in the South. Her publications include the recently released book “Sister Citizen: Shame, Stereotypes and Black Women in America” and the award-winning text “Barbershops, Bibles and BET: Everyday Talk and Black Political Thought.” In addition, she writes for The Nation magazine, which features her monthly column titled “Sister Citizen.”

Other events planned at WCU as part of the King celebration, which is themed “Beloved Community: Peace and Unity,” range from a re-enactment of King’s “I Have a Dream” speech to two days of service.

On Monday, Jan. 20, and Saturday, Jan. 25, a range of service activities will take place at varying locations from 10 a.m. to 4 p.m. both days. The event is being coordinated by WCU’s Center for Service Learning.

At 4:30 p.m. Jan. 20, Alpha Phi Alpha fraternity will host a unity march on campus followed by a birthday party for King at Illusions in the University Center. Following the celebration will be the screening of Part 1 of “King: From Montgomery to Memphis” at 6 p.m. in the theater of the University Center.

On Thursday, Jan. 24, at 6 p.m., Alpha Kappa Alpha sorority and Last Minute Productions will host an Open Mic Night in Illusions in the University Center.

University administrative offices will be closed Jan. 20 in observance of the Martin Luther King Jr. holiday.