Cherokee Indian Police Department (CIPD) officers were dispatched to the scene of a burned vehicle on Old Rock Crusher Rd., in the Big Cove community on Sunday, Dec. 29, 2013 at approximately 1:10pm. A body was found in the burned vehicle, and on Tuesday, Dec. 31, 2013, the body was identified as Marie Walkingstick Pheasant, 26. 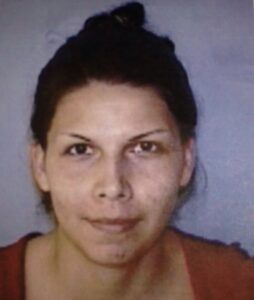 A body found in a burned vehicle in the Big Cove Community has been identified as Marie Walkingstick Pheasant, 26. (CIPD photo)

Foul play is suspected and the CIPD, the NC State Bureau of Investigations, and the FBI will continue to actively investigate this crime.

A reward of up to $5,000 is being offered for information leading to an arrest and conviction of the person or persons responsible for the death of Pheasant. The vehicle was burned throughout the early morning hours of Dec. 29.  If anyone has any information about this crime, please call CIPD Detective Jason Cable 788-5608.

Cherokee Chief of Police Ben Reed stated, “The senseless loss of life is always tragic. Hopefully someone saw or heard something that can bring more evidence to light. Like all cases of this nature, it’s going to be difficult but I have confidence in our officers, our community, and most certainly my Lord. I don’t know where the people involved in this disgusting crime stand with the Lord, but I do know that the scriptures say the face of the Lord is against them that do evil. Please pray for our community.”