CULLOWHEE – The following Swain County residents were among Western Carolina University students who received academic awards or were honored for participation in research exhibitions during the 2011-12 school year. 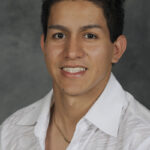 Daniel Stewart Duarte, of Cherokee, was recognized as recipient of the Independent Insurance Agents of North Carolina Scholarship at the spring awards program for WCU’s College of Business. Duarte, a junior during the spring semester majoring in accounting, is the son of Martha Sarmiento, of Cherokee, and the husband of Marcelino Robles. He previously earned an associate degree at Southwestern Community College.

Holly Kristen Monteith of Bryson City presented “The Possibilities and Potential of an Appalachian Life: The Journey of Dawn Gilchrist Young” at the university’s Undergraduate Expo research exhibition. A freshman during the spring semester majoring in elementary education, Monteith is the daughter of Russell Monteith and Tyna Weigand.