John Lloyd Smith, 68, of the Big Y Community went home to be with the Lord Wednesday May 23, 2012 at his residence. A native of Cherokee, he was the son of the late John David and Ollie Mae Sutton Smith. He retired with the Cherokee Indian Police Department starting as a tribal officer, becoming the Chief of Police and last a Tribal Investigator. He was a member of the Big Y Free Labor and participated in a lot of community events. 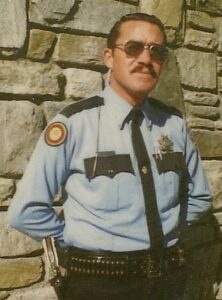 He was preceded in death by two sisters, Dorothy and Rosie.

Funeral services will be held 11a.m. Saturday at Wrights Creek Baptist Church of which he was a member and adult Sunday school teacher. Reverends Dan Lambert and Roland Whitaker will officiate with burial in the Smith Family Cemetery.