WASHINGTON  —  The Department of the Interior announced recently the Board on Geographic Names (BGN) has voted on the remaining replacement names featuring the word sq___. In September, the Department announced the final vote for nearly 650 features, but completed an additional review for seven locations that are considered unincorporated populated places. 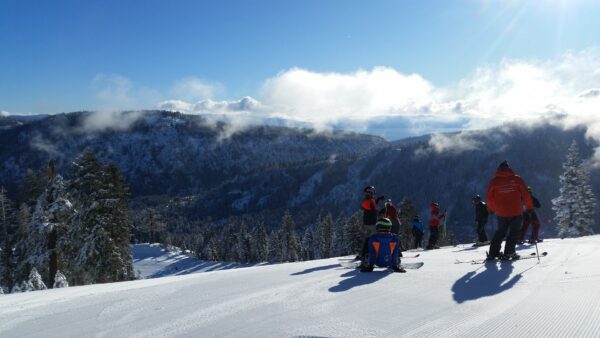 Skiers enjoy Sq_ _ Valley in California which will now be known as Yokuts Valley following a recent decision by the Department of Interior Board on Geographic Names to replace names featuring the word sq_ _ . (Photo by Nick Windsor)

“Words matter, particularly in our work to ensure our nation’s public lands and waters are accessible and welcoming to people of all backgrounds,” said Secretary Deb Haaland. “I am grateful to the members of the Derogatory Geographic Names Task Force and the Board on Geographic Names for their efforts to finalize the removal of this harmful word. Together, we are showing why representation matters and charting a path for an inclusive America.”

The vote came after a year-long process to remove a term from federal use that has historically been used as an offensive ethnic, racial and sexist slur, particularly for Indigenous women. Noting that there are unique concerns with renaming populated locations, the BGN sought additional review and comments from Tribes, local communities and stakeholders before the final vote.

The list of all new names will be updated on the U.S. Geological Survey website to reflect today’s vote along with a map of locations. While the new names are immediately effective for federal use, the public may continue to propose name changes for any features through the regular BGN process.