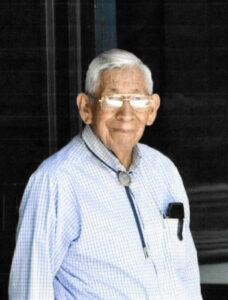 Dan was a kind, gentle soul who always had a big smile on his face. He was an active, longtime member of Buffalo Independent Baptist Church. He was also an avid NASCAR fan. In his earlier years he raced at Murphy Speedway. He loved going to the races, taking family and friends with him. Sunday afternoons were spent watching the races. Daniel didn’t finish high school, but he went back and in 2009, he earned his GED at the age of 74. He continued to take classes at Tri Cou nty Community College.

Funeral Services will be held at 2 p.m., Monday, Nov. 28, at Buffalo Independent Baptist Church. The Reverend Jake Easter will officiate. Burial will follow in the Cornsilk Cemetery. The family will receive friends Sunday, Nov. 27 at Townson-Smith Funeral Home from 5 p.m. to 8 p.m. Townson-Smith Funeral Home is honored to serve the Rattler family. An online register is available at www.townson-smithfuneralhome.com