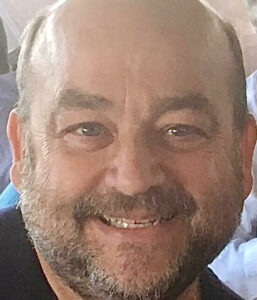 Jim was the son of the late Clarence L. Wilkerson and Doris Sneed Wilkerson of San Antonio, Texas. He leaves behind his spouse and partner of 27 years, James Preston Long; his mother; his brother, Charles L. Wilkerson; a sister-in-law, Kathy Wilkerson; a niece, Allie Wilkerson; and a nephew, Nick Wilkerson.

Though born in Fürstenfeldbruck, Germany, while his parents were in the Air Force, Jim was a true Texan, spending the majority of his life in the Lone Star State he loved. Jim was a devoted Longhorn and, like his father, an often-disappointed Dallas Cowboys and Chicago Cubs fan. In his youth, he appeared in the “Unto These Hills” outdoor drama in his mother’s hometown of Cherokee.

Jim spent 24 years as an educational consultant with several companies, including Pearson Education, Scott Foresmen Publishing, and most recently with Savvas Learning Company. He was passionate about his job and loved engaging with educators and training teachers, traveling to 49 of the 50 states during his career.

Those who knew and loved Jim are invited to a celebration of his life at Hillcrest Funeral Home on Saturday, Sept. 24 from 10 a.m. to 2 p.m.