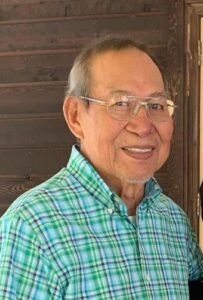 Wayne Wachacha, 78, of Robbinsville, passed away peacefully at home with his family by his side on the night of Wednesday, June 15, 2022. He went to his heavenly home where was greeted by his beloved wife of 54 years, Evelyn Taylor Wachacha.

Wayne is survived by his sisters, Margaret Wachacha and Gertrude Wachacha of Robbinsville.

He was a heavy equipment operator for many years and helped clear the way for the Cherohala Skyway. He enjoyed working alongside his brother, Dewitt.

Wayne was a faithful Black Knight fan. He and his best friend, Giles Linebeck, could be found at any and every Black Knight sporting event.

Wayne was a fluent Cherokee speaker. He enjoyed teaching his grandchildren and great-grandchildren new words and phrases.

Wayne helped build the Church of the Lamb. He loved his church and cherished his church family. He was a Godly man and encouraged his loved ones to love and serve the Lord.

Crisp Funeral Home, of Bryson City, is handling the funeral arrangements. Visitation will be held on Sunday, June 19 starting at 6 p.m. The funeral will be held on Monday, June 20 at 3 p.m. Both services will be held at Church of the Lamb with Henry Ethridge and Chris Rumfield officiating. Burial will take place in the Buffalo Church Cemetery.