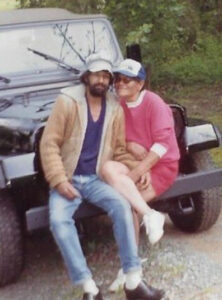 He is preceded in death by his wife, Alice Mae (Wolfe) Forney (of 20 years) and parents, Marvin Eugene Forney Sr. and Helen Castanna (Churchwell) Forney.

He is also survived by the family of his late wife Alice Mae Forney which includes, stepchildren, Sherry Wachacha and Tracy (Antonio) Ramos, both of Sylva; brothers-in-law, Robert Wolfe (Nita) and Glenn Wolfe, both of Cherokee; sisters-in-law, Mary Lambert (Earnest), Pearl Wolfe, and Berdina Salazar all of Cherokee; 10 grandchildren and 26 great-grandchildren.

Buster enjoyed watching football especially the Cowboys and Redskins. He enjoyed the grandchildren by giving them chocolate and sodas when they came to visit. He couldn’t go a day without his word search books and his guard dog not bigger than a loaf of bologna! A direct quote from Johnboy.

The family will receive friends on Monday, Dec. 6 from 12 p.m. to 2 p.m. at the Big Cove Pentecostal Holiness Church on Big Cove Rd. where a formal funeral will follow in the church at 2 p.m. with Reverends Ann French and Pastor Noah Crowe will officiate.

Following the service, a burial will take place in the Wolfe Cemetery along Howard Wolfe Rd. in the Big Cove Community where pall bearers will be Michael Wolfe, Johnboy Wolfe, Reno Guerrero, Chago Guerrero, Corbin Guerrero, and Miguel Guerrero.