The Western North Carolina Historical Association announced the selection of five finalists for the Thomas Wolfe Memorial Literary Award recently and a member of the Eastern Band of Cherokee Indians is included.  Annette Saunooke Clapsaddle was nominated for her book, “Even As We Breathe: A Novel”. 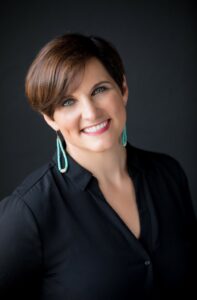 Originated by the Louis Lipinsky family and now also supported by Ruth Siegel and Jacques Sartisky Foundation and the Thomas Wolfe Memorial Advisory Board, the Award has been presented annually by the Western North Carolina Historical Association since 1955 for printed works that focus special attention on Western North Carolina. In order to more broadly support the writers of western North Carolina, a Dec. 9 award ceremony will celebrate all five finalists.

This year’s finalists were chosen from an original group of 40 nominations. The finalists, listed below, encompass a broad range of genres and forms including: Clapsaddle; Mary Othella Burnette, “Lige of the Black Walnut Tree: Growing Up Black in Southern Appalachia”; Wayne Caldwell, “Woodsmoke”; Vicki Lane, “And the Crows Took Their Eyes”; and Matthew Wimberley, “All the Great Territories”.

To be considered, an entry must be a published work of fiction, nonfiction, drama or poetry and meet the following criteria:

A prize of $2,500 accompanies the Thomas Wolfe Memorial Literary Award and will be virtually presented to the author on Thursday, Dec. 9 at 6:30pm during a live Zoom event that will include readings by the finalists. Please reserve this date.