The 400 Years Project is a new photography collective designed to showcase Native American life through the lens of Native photographers. Created in 2020 ahead of the 400th anniversary of the Mayflower’s arrival from England, this project seeks to create a groundbreaking pictorial collection of photography from the mid-1800’s to the present. 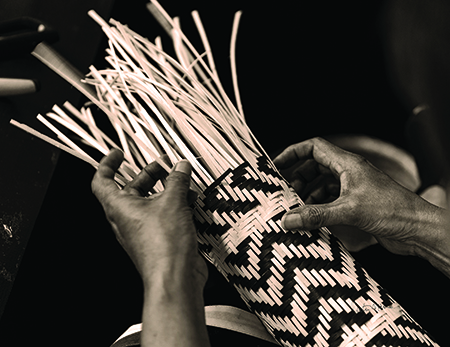 Passionate about photography and Cherokee culture, Kristy Herron documents life in and around Cherokee, NC, including gorgeous vistas of the area, Cherokee people, and culture. This image is of Louise Goings making a quiver basket out of white oak and was taken at Cherokee Days in Washington, D.C., at The Museum of the American Indian on April 2, 2017. (Photo by Kristy Maney Herron)

Sarah Stacke, a New York based photographer and co-founder of The 400 Years Project, partnered with fellow photographer Brian Adams (Inuit) and colleague Sheena Brings Plenty (Winnebago/Irish/Norwegian), to begin the work of addressing colonization while centering the Native voice.

“The Mayflower and its aftermath has become the first and most culturally iconic story told to many young Americans about the country’s founding and initial relationships with Native people,” said Stacke. “But the stories they’re told of flourishing friendships and untouched wilderness are harmful myths.”

The Library of Native American Photographers, built by Brings Plenty, was created with the goal to highlight as many contemporary and historical Native photographers as possible. “The library is one hundred percent Native and all we ask is that members are dedicated to the craft of photography,” said Brings Plenty. “Since September, I have written to or spoken to probably 200 photographers or more.”

Allison owns a production company focused on commercial video and photography and is known for his portraits of Boogers.

While making pictures that put nature at the center of human life, Chapa dreams of becoming an environmental scientist.

Goshorn, who passed away in 2018, was a multimedia artist whose work continues to inspire and educate audiences about the history and future of Eastern Cherokee people. 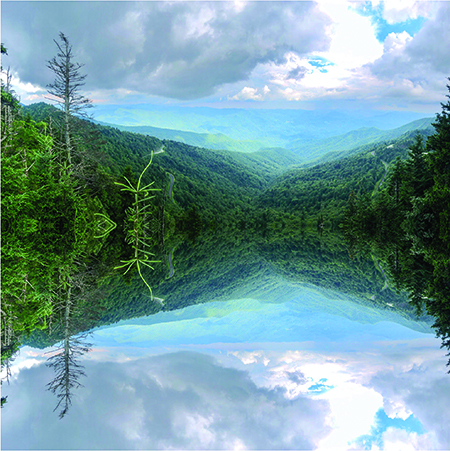 This picture shows the pure beauty of the mountains that Kyle Chapa has called home his whole life. The picture shows how he believes it should be – with nature in the middle of our lives. This picture was taken at Waterrock Knob in the Blue Ridge Mountains about 15 minutes from his home in July 2018. (Photo by Kyle Chapa)

Always motivated to think outside the box, Hernandez loves making double exposure and composite images for his clients.

With the support of 400 Years, Long created a series called “Contemporary Artisans Defining Cherokee Culture.” She said the work is “rooted in her belief that Native Americans should not be defined by blood quantum or enrollment card, but by the richness of our history and artistic achievements”.

Rose travels the world making images he hopes will “inspire humans to consider their relationships with themselves and with nature”.

A self-taught professional photographer, when Wilson is not working on portraits or weddings for clients, he can be found in the mountains seeking serenity and the perfect nature photograph.

A photographer close to 20 years, Kristy Herron was taking photos before it was popular. “Sharing our culture has always been a big part of my life, especially when I am away from home,” said Herron, “I attend a lot of events that give me access to people demonstrating our culture which then leads to friendships and a better understanding of what is involved in their art forms.”

As a whole, the visual storytellers and images that comprise 400 Years look at the “evolution of Native American rights, identity, and representation,” said Stacke.

For more information about The 400 Years Project, or how to include your photography, please visit www.400yearsproject.org or follow on Facebook and Instagram @400yearsproject. You can also email Sheena Brings Plenty directly at wacipiwinyan@gmail.com.