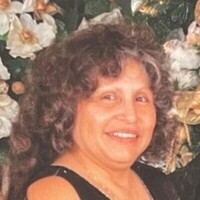 Florence Marie Lewis, of Dade City, Fla., returned to the lord while asleep at home Sunday, March 7, 2021, after a two-and-half-year battle with chemical-induced pulmonary fibrosis. She was a member of Christ Fellowship in Tampa.

She is survived by her husband Barry Ellis Lewis. Flo, as she preferred to be called, was born, and raised in Cherokee as a member of the Big Cove Community.

A Pediatric ER nurse by trade, she loved working in the hustle and bustle of the ER where the pressure was high and where she excelled. A veteran of the Navy, she had previously worked as an Aerographer’s Mate, mapping ships’ courses according to the weather and ocean currents.

Above all, Flo loved her children and grandchildren. She worked hard, always picking up extra hours at work to make sure they had everything they needed.

Flo is survived by her daughter Tashina/Dore; her son Jimmy/Nicole, her son Toma/Patricia, her son Bennie/Melissa, her son Bobby/Brittany; her grandchildren, Skylar, Adrianna, Dayanara, Maybelle, Teagan, Tanner, and the unborn, Rylee; her great grandchildren; her sister, Candy Ross/Mark; one uncle, Jack Lossiah/Ruth; in-laws, Byron Lewis, Belinda Lewis; mother-in-law, Juanita Lewis; as well as several cousins, nieces, and nephews whom she loved very much.

A visitation will be held for Florence on Friday, March 12 in the chapel of Long House Funeral Home in Cherokee from 10 a.m. to 2 p.m. A formal funeral service will start at 2 p.m. in the chapel with Pastor Scott Chekelelee officiating. A immediate burial will follow the service in the Lossiah Family Cemetery in the Big Cove Community of Cherokee. Pallbearers will be among family and friends.