Nationwide, we are seeing statues of slave owners come down and names regarded as racist being changed, and I propose that Jackson County, North Carolina change its name to Jackson County.  This proposal would change the namesake only, cost zero dollars, and lift the county up from being named after a person responsible for one of the most atrocious acts in American history to being named after the 18th Principal Chief of the Eastern Band of Cherokee Indians (EBCI). 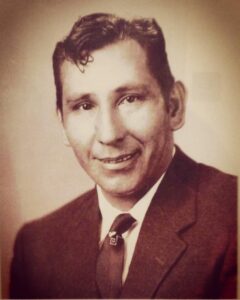 I propose simply changing the namesake of the county from President Jackson to former Principal Chief Walter S. Jackson (1923-71).  This change would not cost the county anything as nothing would really need to be changed such as signage, documents, decals on county vehicles, etc.  The namesake would only change and, in doing so, would help further solidify the relationship between the EBCI and the county.

Jackson County was formed in 1851 from parts of Haywood and Macon counties and named after President Andrew Jackson, according to NCpedia.org.  A portion of the Qualla Boundary, the main tribal land base of the EBCI, is located in Jackson County.

For those of you who might not know, President Jackson signed the Indian Removal Act of 1830 which led to the Trail of Tears for the Cherokee Nation.  In an address to Congress on Dec. 6, 1830, he stated, “And is it supposed that the wandering savage has a stronger attachment to his home than the settled, civilized Christian? Is it more afflicting to him to leave the graves of his fathers than it is to our brothers and children? Rightly considered, the policy of the General Government toward the red man is not only liberal, but generous. He is unwilling to submit to the laws of the States and mingle with their population. To save him from this alternative, or perhaps utter annihilation, the General Government kindly offers him a new home, and proposes to pay the whole expense of his removal and settlement.”

The late, acclaimed author Robert J. Conley, a member of the United Keetoowah Band of Cherokee Indians, wrote about Chief Jackson in his book, “A Cherokee Encyclopedia” describing his service to the Cherokee people.

The book outlines many of Chief Jackson’s accomplishments in his short life including: World War II Navy veteran, manager of the Oconaluftee Indian Village, Chief of the Cherokee Indian Police Dept., head of the Tribe’s community services division, Tribal Council representative for 12 years, Vice Chief for four years, and Principal Chief (elected in 1967). 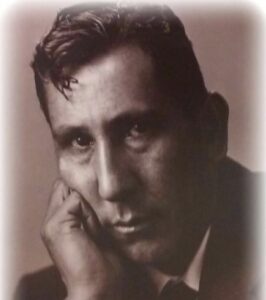 Chief Jackson died while serving in the office of Principal Chief at the age of 47.

Conley further wrote, “U.S. Congressman Roy Taylor said of him (Chief Jackson), ‘He was a warm, friendly individual whom we all looked to seeing when he came to Washington.  He always seemed to have the welfare of the Cherokee Indians at heart and vigorously pursued those programs which he felt would improve their social and economic conditions.  He had the ability to combine his congenial manner with serious purpose.”

This proposed change would not cost Jackson County a penny, but it could pay generous rewards in improved relations and a new spirit of cooperation in this small part of western North Carolina.