Cherokee High School played host to the Smoky Mountain Conference High School and Middle School Wrestling Tournament, and two of its varsity wrestlers walked away with championship medals around their necks.  Caden Pheasant (170lb.) and Masih Catolster (285lb.) won their respective divisions at the event held at the Charles George Memorial Arena on Saturday, Feb. 1. 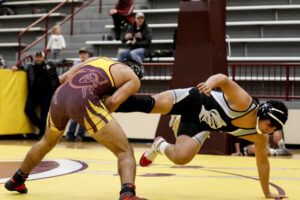 “It feels pretty good, especially in the environment we’re in,” said Pheasant moments after winning the championship. “I love this sport because it’s like a brotherhood.  Everyone is here to watch you – your family and others.  I just love the environment.”

Pheasant, who won by fall over Jaret Panama (Robbinsville) in the championship match, said his main goal for the season was to improve along the way.  “There were little things I needed to work on, and I figured them out as the year progressed.  We’re still working on stuff now, always improving, always moving forward.”

Catolster, who won by fall over Nick Graham (Andrews) in the championship match, said after winning the title, “I feel like I’ve accomplished something.  This is my first year back in wrestling, and it has gone really well.  All I can do is continue moving forward.” 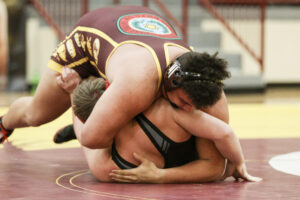 He is also looking towards the future tournaments, “All I have to do is keep on succeeding and keep on grinding until I get there.” 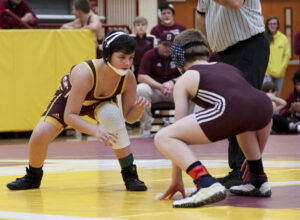 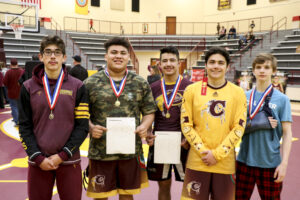 Full results, per trackwrestling.com, are as follows: