WASHINGTON, D.C. – Lawyers of Color (LoC) released the names of the honorees for its fifth Power List on Friday, Jan. 24, which is presented with the support of the Diverse Partners Network. Robert Saunooke, a member of the Eastern Band of Cherokee Indians and the current president of the National Native American Bar Association (NNABA), is included on the Power List for his leadership of the NNABA. 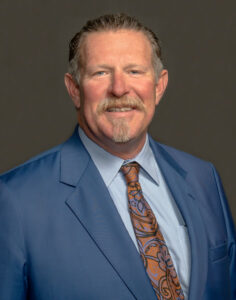 Robert Saunooke, a member of the Eastern Band of Cherokee Indians and the current president of the National Native American Bar Association (NNABA), is included on the Lawyer’s of Color 2020 Power List for his leadership of the NNABA. (NNABA photo)

The Power List recognizes the most influential minority attorneys and allies in the nation. Included on the list are Fortune 1000 general counsel and law school deans, as well as legal media and nonprofit leaders. Additionally, the largest 350 law firms were surveyed and provided LoC with the names of their attorneys of color who were either managing partners or management committee members.

“Lawyers of Color’s Power List is the only comprehensive collection of minority leaders in the legal profession. We began collecting this data because representation and role models are extremely important as legal organizations seek to reach diversity goals and expand the diversity pipeline,” said Lawyers of Color’s executive director, Yolanda Young.

Honorees will be celebrated at a complimentary reception at the Ritz Carlton Hotel in Washington, D. C. on Wednesday, Feb. 26.

To coincide with the Power List reception, Lawyers of Color identified and invited young leaders to participate in the Power Pathways Conference 2020, an exploration of pathways to general counsel, managing partner, and law school dean. There are also a few seats open to the legal community at large. This free, half-day career conference will be held at Foley & Lardner’s Washington, D. C. office on Feb. 26 from 8:30 a.m. to 12 p.m.Registration Link:  https://lawyersofcolor.org/power-pathways-2020/