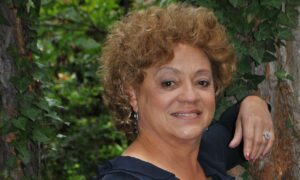 CULLOWHEE – A civil rights pioneer, community leader and instrumental voice for social justice in the mountains will be the keynote speaker for Martin Luther King Jr. celebrations at Western Carolina University.

Oralene Simons of Asheville will discuss her involvement in, and vision for, the King legacy at 7 p.m. Wednesday, Jan. 22, in the John W. Bardo Fine and Performing Arts Center. The presentation is free and open to the public, and a DegreePlus event for students.

Martin Luther King Jr. Day ― this year on Jan. 20 ― is the third Monday of every January and a federal holiday.  Baptist minister and Nobel Peace Prize recipient, King led a nonviolent movement for racial and social equality in America from the 1950s until he was assassinated in 1968.

WCU will celebrate the legacy of the slain civil rights leader with a series of events throughout the week, including campus programs and community service activities, highlighted by Simmons’ appearance.

Simmons began working for civil rights and integration as a teenager, first as a member of the Asheville Student Committee on Racial Equality while in high school. Simmons went on to become the first African American student enrolled at Mars Hill College (now Mars Hill University) in 1961. Her great-great-grandfather was a slave who, in addition to doing masonry on the original buildings in 1856, was for a time held as collateral to guarantee a loan for college construction.

In 1990, she was named co-chair of North Carolina’s Martin Luther King Jr. Holiday Commission. She was a director of the YMI Cultural Center, the historic hub for Asheville’s black community, and steered engagement programs for the city of Asheville.

“I believe that hosting Dr. Oralene Simmons on campus is a great honor, as she is a local woman whose service has made a national impact,” said Dana Patterson, director of WCU’s Department of Intercultural Affairs and an event organizer. “Many times, we look outside of our own community for people who can share insight and knowledge, but in this case, Dr. Simmons is a gem right in our own backyard, so to speak. She is a dynamic social justice advocate who is actively working to make our society more ‘just.’ I appreciate her willingness to come to WCU and impart some of the knowledge she has gleaned along her long civil rights and social justice journey with the Catamount community.”

Simmons also is preparing for the MLK Prayer Breakfast on Saturday, Jan. 18, in Asheville, an annual event she founded in 1982, a year before the federal holiday was established. “Can you believe it’s been 39 years?” she said. “I am so pleased the prayer breakfast has continued and grown, gaining support as it has. To remember a man and a legacy such as Dr. King is wonderful. But we have to forge ahead, remain on the path he started and that is what this community gathering does. I believe speaking at Western is a part of those opportunities and the message I bring is very important at this time in our history.”