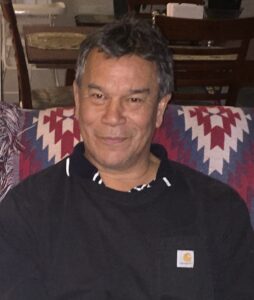 Mickey Edward Rattler, 61, of the Birdtown Community, went home to be with the Lord on Tuesday, Sept. 18, 2018. A native of Cherokee, he was the son of Elsie Wolfe Rattler of Cherokee and the late Leroy Rattler of Snowbird.

The family will receive friends from 6 – 7pm Thursday at the Funeral Home.

A graveside committal service will be held 10am on Friday, Sept. 21 at Rattler Mountain Cemetery.

Pallbearers will be family and friends.