Beverly Bushyhead, MA, MPA, is combating the notion that Native Americans and First Nations people are extinct.  The EBCI tribal member, who currently resides in St. Paul, Minn., has launched an online radio show entitled “Messages from the Drum” on KFAI Community Radio.

“‘Messages from the Drum’ is an educational and public awareness program featuring narratives of indigenous people on this continent,” said Bushyhead.  “It is an effort to reclaim the narrative of indigenous people in their own words. Some information has been missing or is misrepresented through public education. This program intends to set the record straight for our listeners. Indigenous stories and wisdom through the years, and the rigor and perspective of its application to inform systems and policies, has long been overlooked.” 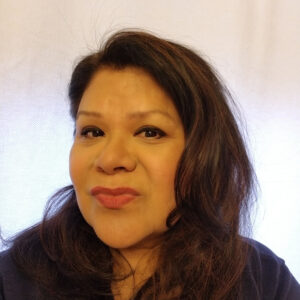 Leah Honsky, KFAI Community Radio general manager, commented, “We are so happy to have Beverly in our line-up of regularly-offered web programs with ‘Messages from the Drum’ and as a contributor to ‘Indigeneity Rising’ each Wednesday afternoon at 1pm.  She is a very talented broadcaster and she represents a community whose voice is not often heard enough, that of Native women.  Beverly is also a champion of non-profits and community broadcasting, and we are so thankful to have her share her time and talents with us.”

The program can be found online at https://www.kfai.org/messages-from-drum/playlists/20180914 with new episodes posted on the fifteenth of each month.  She said the frequency of episodes is likely to increase next year, but an exact schedule has not been released.  Some potential future topics of episodes include: Integrating the Indigenous Voice (research, planning, disparities solutions), Political Might (rise of Indigenous political candidates), Resilience, Navigating Two Worlds, We Are More Than A Statistic, Overcoming Stereotypes, and Contemporary Natives.

“‘Messages From the Drum’ is designed to confront the persistent challenge of invisibility Native populations face,” said Bushyhead who noted the idea for the show came after the release of the Reclaiming Native Truth study earlier this year.

“Over the course of two years, the First Nations Development Institute and Echo Hawk Consulting conducted extensive research to uncover the dominant stories and narratives about indigenous people in the United States and how these views affect public opinion and public policy,” she noted.  “The research team conducted 28 focus groups in 11 states, surveyed 13,306 people on-line, analyzed 4.9 million social media posts.  They interviewed members of Congress and judges as well as philanthropy, business, and other industry leaders. The study found the largest barrier for Native rights was ‘the invisibility and erasure of Native Americans in all aspects of modern U.S. society’.  ‘Messages from the Drum’ is a response to this challenge.”

Bushyhead said working to get the Native perspective out to the general public is very important.  “When exposed to narratives about Native people that include factual information about present-day contemporary Native life, more accurate history, positive examples of resilience, and information about systemic oppression, respondents from all demographics showed more support for pro-Native policy and social justice issues.”

She added, “It is good for Indian Country and the larger community to understand issues Indigenous communities are faced with, as well as hearing from a platform for sharing thinking and perspective that informs overcoming racial disparities and equitable resource distribution. For Natives to promote relevance, this and other types of publicity is important.”

Bushyhead said that KFAI has more than 100,000 regular listeners to their local radio signal, and her show will be an exclusive online show.  “Because this is a web-based broadcast and will be accessible globally, it has the potential to reach far more folks around the globe and through social media.”

Bushyhead wants to hear from her listeners and welcomes comments and suggestions for future topics which can be sent to messagesfromthedrum@gmail.com or by calling KFAI (612) 341-3144.