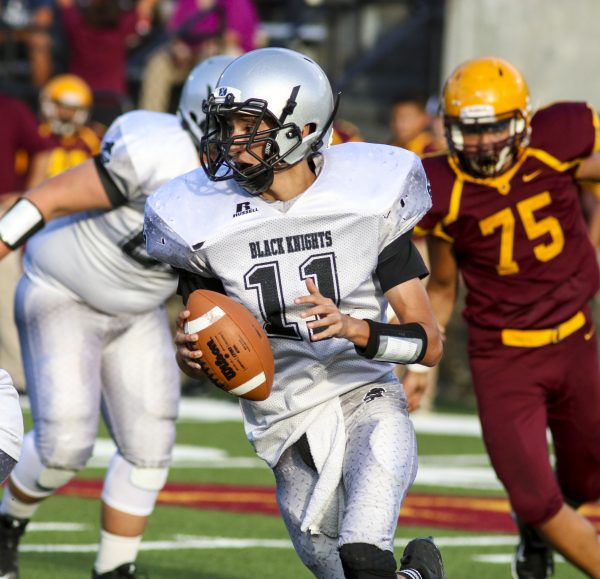 The Cherokee JV Braves averaged 1 yard per offensive play in a season-opening loss to the Robbinsville JV Black Knights at Ray Kinsland Stadium on the evening of Thursday, Sept. 13.  Robbinsville won 21-0 and amassed 305 total yards of offense, including 283 on the ground, to Cherokee’s 33 yards on the night.

Kage Williams led Robbinsville with 18 carries, 219 yards, and 2 touchdowns.  The Braves were led by Don Bradley, quarterback, who completed 7 of 13 for 25 yards and Maliki Raby who ran 5 times for 15 yards.

The Black Knights had 13 first downs to Cherokee’s 2 and both teams had a turnover in the game.  Cherokee was only penalized 4 times for 25 yards while Robbinsville had 11 for 85 yards. 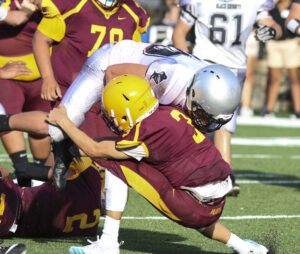 All of the scoring in the game occurred in the first half.  The Black Knights got on the board with five seconds left in the first as Dasan Gross, Black Knights quarterback and an EBCI tribal member, ran 3 yards for a score.  Cody Cline added the extra point and Robbinsville led 7-0.

The Black Knights would score twice in the second quarter as Williams ran for two long touchdowns (64 yards, 40 yards) and Cline would add two more point-after kicks.  Robbinsville led 21-0 at the half which is how the game would end.

The JV Braves are back in action on Thursday, Sept. 20 at 6pm at Ray Kinsland Stadium as they host the Swain County JV Maroon Devils.