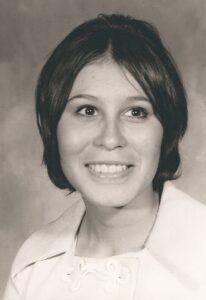 Polly Ann Rattler (Corn Husk Doll Master), 63, of the Birdtown Community, went home to be with the Lord on Friday, Aug. 31, 2018. A native of Cherokee, she was the daughter of Elsie Wolfe Rattler of Cherokee and the late Leroy Rattler. In addition to her father, she was also preceded in death by her sister, Linda Rattler; niece, Jada Rattler; grandmother, Lula Owl; grandfather, Jacob Wolfe; paternal grandparents, Morgan and Bertha Rattler; and several nieces and nephews.

In addition to her mother, she is also survived by one son, Zachariah Rattler of Cherokee; grandson, Zebe Rattler of the home; nephew, Cory Rattler and miece, Tierra Rattler both of the home; six brothers, Mickey, Jackie, Jody, Timmy, Harold, and Sammy and wife Kari Rattler all of Cherokee; aunts, Laura Blankenship and husband Bob, and Lucille Wolfe; uncle, Bill Wolfe all of Cherokee; several grandchildren, nieces and nephews, and several cousins in Robbinsville, and a caretaker Suzie George.

Funeral Services will be held 7pm on Saturday, Sept. 1 at Crisp Funeral Home.

The family will receive friends from 6 – 7pm Saturday at the Funeral Home.

A graveside committal service will be held 2pm on Sunday, Sept. 2 at Rattler Mountain Cemetery.

Pallbearers will be family.