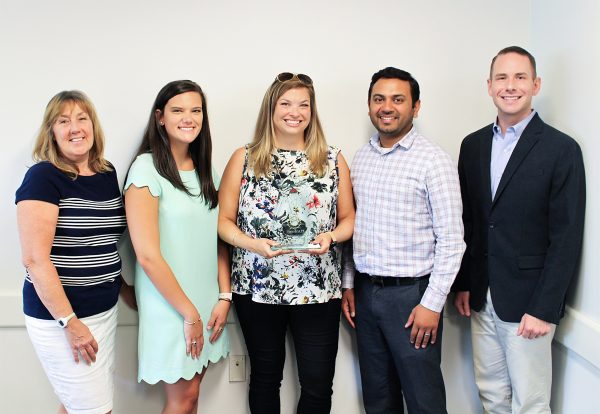 The Jackson County Tourism Development Authority (TDA) recently commemorated a milestone in destination marketing, celebrating the success of advertising and public relations efforts that totaled over one billion impressions. On a monthly basis Pineapple Public Relations and the Jackson County TDA work to track the circulation and viewership of each feature/story that mentions the county to potential visitors. In print media, that is calculated by the number of readers/circulation and online it is calculated by the number of website visitors.  Combined, those impressions reached 1,059,568,479 potential viewers in July 2018.

Pineapple Public Relations, a leading hospitality and tourism public relations agency based in Atlanta, was honored by the Jackson County TDA at the August 2018 board meeting for their extensive public relations and media relations efforts since 2014.

The public relations campaign is part of an overall Jackson County TDA tourism marketing effort that includes website, advertising, digital and social media marketing that has helped the area see an increase of 43.6 percent in occupancy tax collections since 2014.

“The Jackson County TDA, in conjunction with our partners, works hard every single day to spread awareness of what a special place we have here in Western North Carolina,” said Nick Breedlove, Director of the Jackson County Tourism Development Authority. “This substantial increase in occupancy tax collections is a concrete example of our efforts paying off in a huge way for Jackson County.”

“We have thoroughly enjoyed working with the Jackson County TDA and all of its local partners over the past four years,” said Deborah Stone, President and Founder of Pineapple Public Relations. “Receiving this award is such an honor and we are so proud to have met the huge milestone of one billion impressions for Jackson County. We can’t wait for the next billion.”