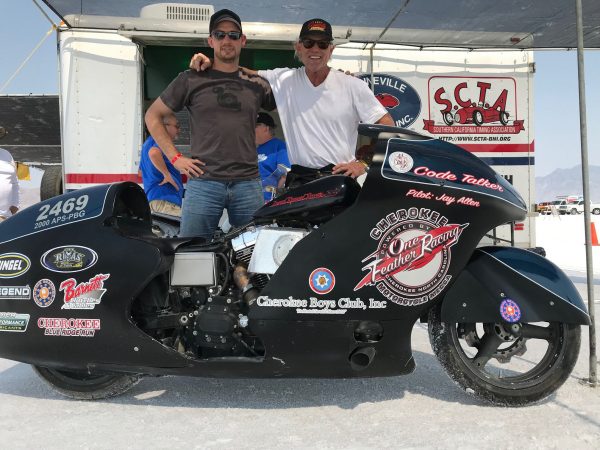 BONNEVILLE SALT FLATS, Utah – Men have been testing their mettle and their metal in the form of iron horse racing since 1912 at the Bonneville Salt Flats. Speed Week is held Aug. 11-17 at the Flats and Cherokee is being represented by one of the members of the Cherokee Blue Ridge Run event team.

Jay Allen, the master of ceremonies for the 2017 Cherokee Blue Ridge Run, is running his 2000cc turbocharged bike named “Code Talker” on the Flats this week and is putting in a good showing for team Cherokee. He quickly set a class record of 218 mph on Tuesday, Aug. 14. The next day, he posted another record on another of his bikes, a stunning 189 mph. So, two records in the record books and he still has time to bring home another.