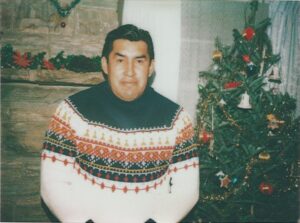 Joshua Squirrel Sr., 83, of Cherokee, went home to be with the Lord Friday, Aug. 3, 2018. A native of Cherokee, he was the son of the late Shepard and Mianna Screamer Squirrel. He was a member of Piney Grove Baptist Church. He loved the Atlanta and the Cherokee Braves. He was a rock mason.

He was preceded in death by his sisters, Mary and Irene Squirrel and his grandson, Stephan Ruth.

Funeral services will be held at 2pm Monday, Aug. 6 at Bethabara Baptist Church. Rev. Noah Crowe will officiate with burial in the Squirrel Cemetery.

Pallbearers will be family and ball players.