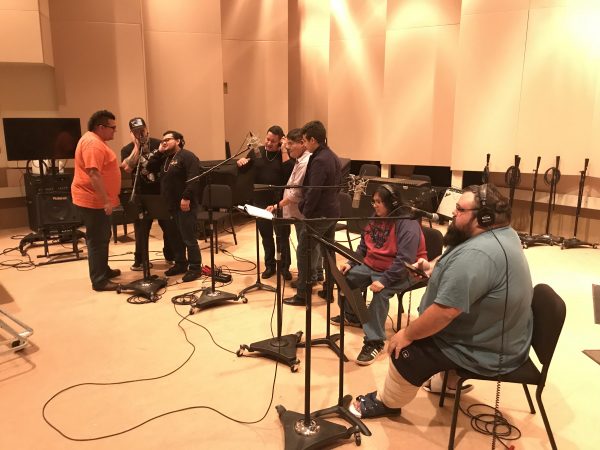 CULLOWHEE – Seven EBCI tribal members gathered at the Western Carolina University’s (WCU) Electronic Recording Studio recently, to volunteer their time to take part in an Independent Podcast based production. The Podcast’s creator and producer Matt Tooni, said his goal for the project is to “bring a new light to known stories” through digital story telling.

Tooni related he wants the oral histories and legends of the Eastern Band of Cherokee to be preserved by conventional media outlets. Although there is existing literature on the Tribe’s history and culture, he feels modern-day youths have lost interest in traditional storytelling methods and now look to social media to gather information.

“Being our group’s first production, and without any funding; I felt that a podcast approach was the best way to present our project to our targeted audience,” Tooni said.

He studied Native American Studies during his tenure at WCU in Cullowhee. No stranger to production or Cherokee traditions and culture, Tooni was recently nominated as Flutist of the Year for the prestigious Native American Music Awards (NAMMY) in 2017 for his work titled, “Though Their Eyes Vol.1.” He also serves as the opening act for “Unto These Hills” featuring his flute music. Tooni has also performed at the National Folk Festival. 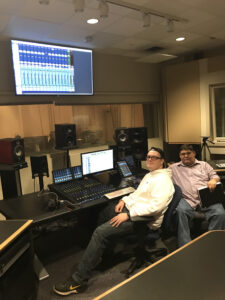 By applying the fundamental concepts of production for radio, television, and film; Tooni said, “Once we solidify our group’s project through the podcast, I am confident that we will obtain the funding needed to further strengthen our presence through a mainstream media outlet.”

Rich Bottchenbaugh, who was also part of this champion group that day, works at the New Kituwah Academy as a childhood early development teacher.  He went on to say, “I am very excited to be involved in this project; I think it’s a great way to reach out to the younger generation in a format they are more familiar with.”

Based on the American Press Institutes study, millennials are utilizing social media networks, such as Facebook, to seek acceptance and to self-identify with whom they are and gather information. After reviewing these findings, 88 percent of those surveyed, said they got their news from Facebook, followed closely by YouTube coming in at 83 percent and then Instagram making up the remaining amount at 50 percent.

Tooni said he would like to thank Western Carolina University for the utilization of their facilities. He also wants to give a special thanks to Damon Sink and his students, Courtney Stilwalt, Samuel Holt Simmons and Tyson Bittle. He also wants to thank the volunteers that have dedicated countless hours of their time by providing the voice-overs and technical assistance in making this Podcast production possible. These volunteers include: Eason Esquival, Iain Brokenshire, Orlin Brokenshire, Tamara Sampson, Lori Sanders, Rich Bottchenbaugh, Catcuce Tiger, Delano Huskey, John Tooni, Skylar Bottchenbaugh, Mike Crowe Jr., Joshua Hornbuckle, Michael Youngdeer, Lloyd Arneach, and Kara Morrison.