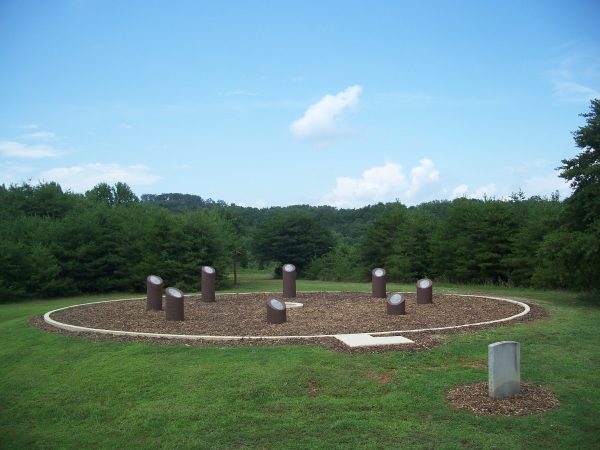 HISTORY: The Chota Memorial site, located in eastern Tennessee, is part of a 76-acre parcel involved in the Eastern Band Cherokee Historic Lands Reacquisition Act which has been approved by the House Natural Resources Committee and will move on for a floor vote. (Photo by Sequoyah Birthplace Museum)

WASHINGTON – A bill that would bring several historic Cherokee sites back under the control of the Eastern Band of Cherokee Indians was marked up and reported favorably by a unanimous vote of the House Committee on Natural Resources on Wednesday, Jan. 17.  The Eastern Band Cherokee Historic Lands Reacquisition Act was introduced into the U.S. House of Representatives by Rep. Charles J. Fleischmann (R-Tenn.) on Jan. 3, 2017, the first day of the 115th Congress.  The bill will now move to the floor of the House for a vote at a later date.

During the markup session on Wednesday, several minor amendments were offered by Rep. Rob Bishop (R-Utah).

Following that session, Rep. Fleishmann said in a statement, “I was pleased to introduce the Eastern Band Cherokee Historic Lands Reacquisition Act last January after extensive conversations with the Eastern Band regarding the specific lands, which comprise a portion of the southeastern part of my district in Monroe County (Tenn.). After introducing the legislation, I received overwhelming community support as well as the strong support of county leadership. I remain steadfast in my dedication to protecting the historic home of the Cherokee Indians and promoting the economic development of the region. I thank the committee for taking up my bill, and I look forward to the legislation going to the Floor in the near future.” 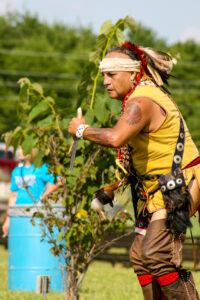 TENNESSEE: Sonny Ledford, a member of the Warriors of Anikituwah, dances at a past year’s Great Island Festival at the Sequoyah Birthplace Museum in Vonore, Tenn. The Museum and several other parcels are part of a 76-acre area included in the Eastern Band Cherokee Historic Lands Reacquisition Act which is currently going through the U.S. House of Representatives. (Photo by Dawn Arneach/One Feather archives)

According to the House Subcommittee on Indian, Insular, and Alaska Native Affairs, “The bill would place approximately 76 acres of Tennessee Valley Authority (TVA) land in Monroe County, Tenn., on the shores of Little Tennessee River/Tellico Reservoir into trust for the benefit of the Eastern Band of Cherokee Indians.  Additionally, the bill places two permanent easements over TVA land to be held in trust.”

Principal Chief Richard G. Sneed, who testified on the bill last October, commented on Thursday, Jan. 18, “I had the honor of testifying before this committee in support of the bill a few months ago.  In November, members of the Sequoyah Birthplace Museum Board, my staff, and former Congressman Heath Shuler traveled to Vonore, Tenn. to discuss the legislation with local leaders and to request local support for a Senate sponsor. The local mayors from Monroe County and Vonore then sent letters to Senator Lamar Alexander (R-Tenn.) requesting his support on a Senate bill. The next step in the process is a formal vote before the full House of Representatives and it being forwarded for consideration in the Senate.”

Chief Sneed said the bill has been a long time coming, “This has been a long process and has included many people, but when The Eastern Band of Cherokee Historic Lands Reacquisition Act is passed and signed into law historic sites will once again belong to our people. This process was begun many years ago, but circumstances prevented this property from becoming trust land. It is my honor, as Principal Chief, to continue the work of those tribal leaders and community members who had this dream to bring those lands back into Cherokee control.”

Co-sponsors of the bill included Rep. Mark Meadows (R-NC), who has worked with the Tribe on many issues, as well as Rep. Paul Cook (R-Calif.), Rep. Walter B. Jones (R-NC), and Rep. David Roe (R-Tenn.).