Autumn leaves must fall, but not before being a WNC tourism draw

CULLOWHEE – It’s September in the hills when Western Carolina University’s fall foliage forecaster Beverly Collins attempts to quantify the quality of the annual color show in Western North Carolina through a scientific-based prediction. And, Collins is anticipating a good display across the mountains this year.

Each fall, the region’s autumnal colors emerge as chlorophyll in leaves breaks down, revealing pigments that were hidden by the green.

“I think it will be a colorful fall this year,” said Collins, a professor in WCU’s Department of Biology. “If we have a typical fall with bright, sunny days and cool nights in mid- to late-September and a cold snap in early October, chlorophyll will fade and the other pigments will be exposed, giving us the bright colors. The warm, wet spring and most of the summer has been ideal for photosynthesis. Under those conditions, plants make abundant chlorophyll and associated leaf pigments, such as yellows, oranges and reds, to produce sugars.”

The peak color around western North Carolina could arrive around the second and third week in October, depending on elevation, she said. 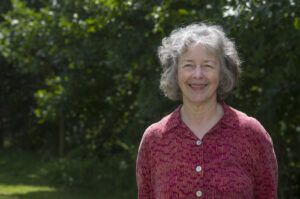 The much-anticipated fall color season is important for a region that benefits from travel and tourism, said Steve Morse, economist and director of the Hospitality and Tourism Program in WCU’s College of Business. “We consider the fall foliage tourist season to be primarily an October event ― and October is the highest month for tourist spending in WNC,” Morse said. “Many mountain locations are hosting major fall festivals and events, including all-star celebrity concerts at Harrah’s Cherokee Casino and Resort.

Morse said a factor that could affect October visitation in a good way is stable gas prices and supplies in the Southeast, especially in major tourism feeder markets including Charlotte, Atlanta, Birmingham and Knoxville.

As WCU’s leaf color prognosticator, Collins follows in the steps of Dan Pittillo, retired professor of biology, and Kathy Mathews, current associate professor of biology. Collins, who earned master’s and doctoral degrees in botany at Rutgers University, has researched and written extensively about forest and plant ecology. “From a scientific perspective, as a botanist and ecologist, I understand how many factors contribute to plant responses such as leaf color change and how variable and unpredictable factors such as weather are,” she said.

And, several variables may still come into play. A few conditions could make the fall less colorful, Collins said.