Established in 2007 by the Cherokee Preservation Foundation, the Jones-Bowman Leadership Program continues to help develop leaders who are making a significant difference in the Qualla Boundary and beyond. Jones-Bowman Fellowships are awarded to undergraduate college and university students who are EBCI tribal members.

Carmaleta Monteith, advisory board member and founding member, reflected on the qualities needed in a Cherokee leader. “In our community, we don’t set ourselves up as leaders, the community decides and sets people up by acknowledgement.” 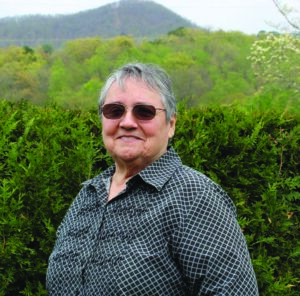 LEADERSHIP: Carmaleta Monteith, advisory board member and founding member, reflected on the qualities needed in a Cherokee leader. “In our community, we don’t set ourselves up as leaders, the community decides and sets people up by acknowledgement.” (Jones-Bowman photos)

Monteith recalled the genesis of the program. “Back in 2005, there was a deep concern about people not volunteering, so a convening in Cherokee addressed the need to continue our traditions of giving and volunteering. We realized that to do this we needed leadership training in these core values. We discovered more than a dozen youth groups doing that, but the groups were dwindling—that was the initial reason the Foundation started funding Jones-Bowman.”

Jones-Bowman is named for the late Principal Chief Leon Jones and the late Jim Bowman, who served as Tribal Council Vice Chairman and also was a Cherokee County – Snowbird Tribal Council representative – founding members of the Board of Directors of the Foundation.

Participants in the program (called Fellows) must be nominated and are selected for their leadership potential and desire to serve the community. Once accepted, they develop leadership learning plans with a mentor; the plans focus on leadership learning, Cherokee culture and community service. Fellows volunteer for at least 40 hours of unpaid volunteer service each year.

Each Fellow receives funding of about $4,000 annually for up to four years to be used for travel, conferences, training, and even day care if needed. It’s expected that Fellows will complete a two- or four-year degree, maintaining a 3.0 GPA after the first year.

Monteith recalled the program changed many times during its first decade, as the staff and Fellows learned lessons along the way. The initial idea was to enroll a group of cohorts that would move together through four years of college with other groups coming behind, but they soon discovered that’s not the way it worked best.

“We realized that the program had to be more flexible,” she noted.  “People would begin and then have to leave. Some went into the military, others had family responsibilities, and some freshmen just weren’t ready to take it on when they were also just starting college.  So we’ve learned some valuable lessons from those experiences.”

Kevin Jackson was a member of the first Jones-Bowman group. After eight years in the military, including serving in Afghanistan, he was working at the local hospital but understood the difficulties of the local job market. He knew going back to school was his best option.

After he was accepted into the program, he drove every other night from Cherokee to Montreat College in Black Mountain to attend the adult studies program. He completed his degree in business management at Montreat and went on to get a master’s in environmental science from the University of Alabama, in addition to being a small business owner, an active cultural leader, and community volunteer.

“I grew up in a traditional Cherokee home around my grandparents, so I learned some language and culture, but at home I didn’t get that,” said Jackson.  “When I was in the military, people wanted to know about my people and I didn’t know—I was embarrassed. The lessons I learned by being a Jones-Bowman Fellow gave me the cultural background to embrace and acknowledge who I am. Those seeds that were planted in the Jones-Bowman program helped me grow. I still lean on those resources.”

Jackson honors his heritage at home; he observes traditional ceremonies, and his children speak the Cherokee language. Many people in the community view him as a cultural leader in the workplace, but Kevin remains humble.

“The whole idea of leadership doesn’t mean you come from the front, the stem of the Cherokee word means carrying something through,” he noted.  “We need to carry one another. It makes me feel good that some consider me a leader, but I have to remain humble and have a sense of integrity. If I continue to learn, I can make decisions that impact our future generations, through the mind of a Kituwah person.” 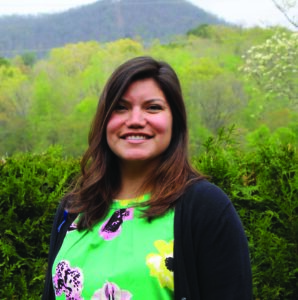 LIFE-CHANGING: Jones-Bowman alumni Kelsey Standingdeer-Owle commented, “I want to continue to give back because Jones-Bowman gave me so much, it changed my world.”

Kelsey Standingdeer-Owle is an alumna of J-B and a current mentor who is committed to serving the program to develop foster future leaders.  Her experience in the program opened up her world to travel, changed her perspective, and developed her own leadership skills. She’s now the Cherokee Central School’s Middle School counselor. She volunteers frequently for many community causes in addition to mentoring.

“I want to continue to give back because Jones-Bowman gave me so much, it changed my world,” said Standingdeer-Owle.  “The students I am mentoring now are teaching me patience and how to be a better person, more resourceful, and how to dig deeper.  I want to give these students the tools to be the best person they can be—they are our future.”

Chloe Blythe, a current Fellow attending Queens University in Charlotte, is majoring in marketing and hopes to go into sports marketing after college. This is her second year in the J-B program, and she realizes the opportunities that have come her way.

“I’ve been so encouraged to get involved with other organizations in a leadership role, and doing that was something I didn’t know how to do,” she commented.  “Now I’m on the executive board of my sorority in charge of memberships, and I’ve learned so much about how to hold people accountable without being a dictator. I’ve also greatly improved my communications and interpersonal skills, and am learning how to balance friendships with running an organization.  Truthfully, I probably would not have taken on that level of responsibility before this program.” 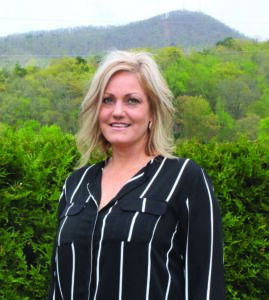 GIVING: Alicia Jacobs, Jones-Bowman Leadership Program leadership specialist, noted, “As I look back at the list of people who’ve come through and see what they are doing, I see how passionate they are about being selfless and giving back.”

In addition to the leadership role with her sorority, Blythe holds the Region 7 Student Representative position for AISES (American Indian Science and Engineering Society). Due to her commitment to Natives in STEM and the AISES organization, she was selected to receive the Sequoyah Fellowship, becoming a lifetime member by the AISES Board Chair Rick Stephens, a national honor.

Blythe advises EBCI students to apply to the program even if they don’t fully understand it.  “Once you get involved, you realize how many people are there to help.  It’s really a family, and the staff and our mentors help keep us grounded. Also having so many mentors who are younger and older who know what we’re going through is really important.”

Alicia Jacobs is the leadership specialist over the Jones-Bowman Leadership Award Program. Since its inception, one-third of the 45 students enrolled have graduated from the program, some 60 percent have returned and actively serve the community. About a quarter of the students have returned as mentors, and many have received master’s degrees, with a couple pursuing doctorate programs.

“As I look back at the list of people who’ve come through and see what they are doing, I see how passionate they are about being selfless and giving back,” said Jacobs.  “We need to continue the generational impact, and continue encouraging our youth to step up to fill these leadership positions. I want our Fellows to represent the EBCI on a national level, then come back to the Qualla Boundary to strengthen our workforce, generating an economic impact that will bring us full circle.”