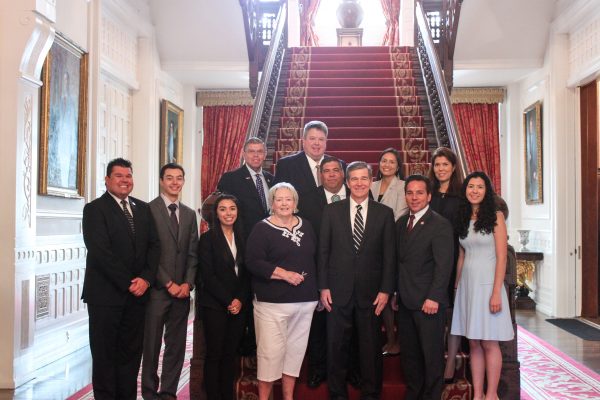 It was my pleasure and great honor to serve our tribe this past week in Raleigh meeting with the Governor, Senators, Speaker of the House and Attorney General.

It has been over 18 months since a representative from the Tribe has met with any of our representatives at the state level.  Questions of why we do this work have been brought to my attention, and I would like to explain our (EBCI) position on this. It is important that we, as a Tribe, keep a dialogue with our state government. Although some state issues do not affect us, there are other issues at the state level that will impact us directly such as mental health funding, illegal drugs, housing, and gaming.

The meetings that we attended during this trip addressed these and other issues facing our Tribe. We wanted to let the state government know that we, as a Tribe, are still standing strong and believe that together, along with state and local governments can have an impact on the issues at hand. 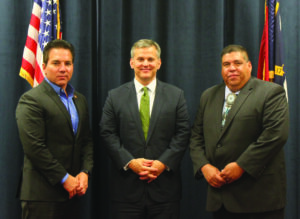 One of my top priorities is to make the state government aware that we, as a Tribe, need the state’s help in fighting the opioid problem on our Boundary. Governor Roy Cooper made us very aware that this was a problem across the state with a reported four deaths a day in North Carolina. This is not an issue we can fight alone we need help from our State and local officials.

With this in mind, Attorney General Josh Stein has requested a town hall meeting in our region to address these concerns.  He would like for the Tribe, along with Jackson and Swain Counties, to be highly involved in helping each other fight this epidemic. We also discussed with AG Stein the issues related to enforcement of our banishments of non-enrolled people who violate our laws. The AG has offered his assistance to us as we work to increase the severity of the penalties at the state level for those who violate a tribal banishment order. The AG also stated that the Governor is prepared to sign a bill that would create prescribing protocols for doctors so that addictive pills aren’t over prescribed. This is an issue that the State has vowed to help us with.

We spoke with HHS Secretary Mandy Cohen about an increase in funding for investments in mental health. Her top priority is something that she calls the Healthy, Safe Family-which encompasses the idea to living, working, learning and playing safely.

Throughout the entire agenda, the conversations always came back to addiction, fighting the drug epidemic, mental health and recovery. Everyone is aware and in agreement that across the nation this is an epidemic and we are ready to stand together to fight for a solution.

I would like to thank Tribal Council Representatives Chairman Bill Taylor, Tommye Saunooke, Richard French and Anita Lossiah for their attendance and participation as well as Chief Justice Kirk Saunooke and Associate Judge Shannon Swimmer.