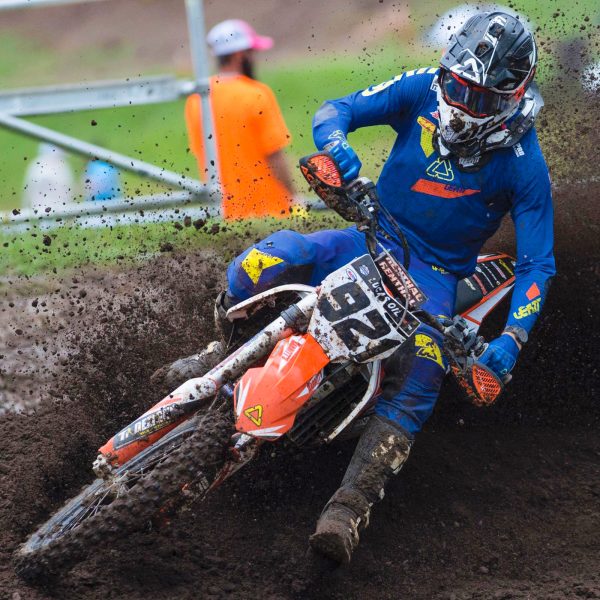 Motorcycle racing, especially motocross, is a seriously demanding sport on all fronts.  Isaac Teasdale, an EBCI tribal member from the Snowbird Community, is up to the task and is currently competing in the Lucas Oil Pro Motocross Championship series.

“I started riding when I was 4, and shortly thereafter, I had my first race,” he said of his beginnings in the sport.  “Growing up, I played other sports and didn’t focus too much on racing motocross.  I just enjoyed racing occasionally.”

These days, he races more than just occasionally.

The Lucas Oil Pro Motocross Championship series is a 12-week race schedule with the following stops:

“I feel right now that racing is what the Lord has for me,” said Teasdale.  “So, I’m doing it to the best of my ability.  My goal this year is to continue to improve each week and see what happens from there.  I’m really enjoying going to the races, meeting new people, and competing with all of the best guys!”

He got there through hard work and sweat that began in his teens.  “It wasn’t until I was 16 or 17 until I wanted to make a career out of racing, and so I started putting the work in to race professionally.  I was able to win quite a number of local races and regional events and was able to qualify and race the Loretta Lynn amateur national championship a few times.”

Teasdale now competes in the 450 class which Lucas Oil Pro Motocross Championship officials say is “the championship’s premier showcase, where the biggest names in motocross like James Stewart, Ryan Dungey, and Ken Roczen showcase their talents in search of victory and a championship, just like NASCAR’s Cup Series”.

Competing at such a high level week in and week out takes a toll on the body and requires much preparation.  “Training for motocross is extremely difficult.  It’s such a mentally and physically demanding sport, you’re constantly moving, standing up and sitting down trying to keep the bike under you.  For example, this year at one of the nationals, my heart rate max was 195 beats per minutes (BPM) and the average was 185 BPM for the race.  The race is 30 minutes plus two laps, which ends up being around 35 minutes.”

His pre-season training regimen consists of six days a week.  “I would have two workouts a day,” Teasdale noted.  “The first being some weight training, mostly free weights, and then either bicycle ride, row, or swim.  I have a trainer I work with, so he changes it up pretty regularly.  All the training I do is heart rate-based so I’m not over or under-training my body.”

Halfway through this season, Teasdale is pleased with his performance to date.  “This year is going great.  The first of the year, I was racing Arenacross, and I was able to consistently be on the podium and in the Pro Nationals, I’ve been able to be up in the top 20.  So, I’m excited how things are going and the people that are helping me out.”

The Lucas Oil Pro Motocross Championship races are available for viewing online via livestream at: https://www.promotocross.com/mx/live.

For more information on the series and to view standings and race information, visit www.ProMotocross.com and/or follow Pro Motocross on Facebook. 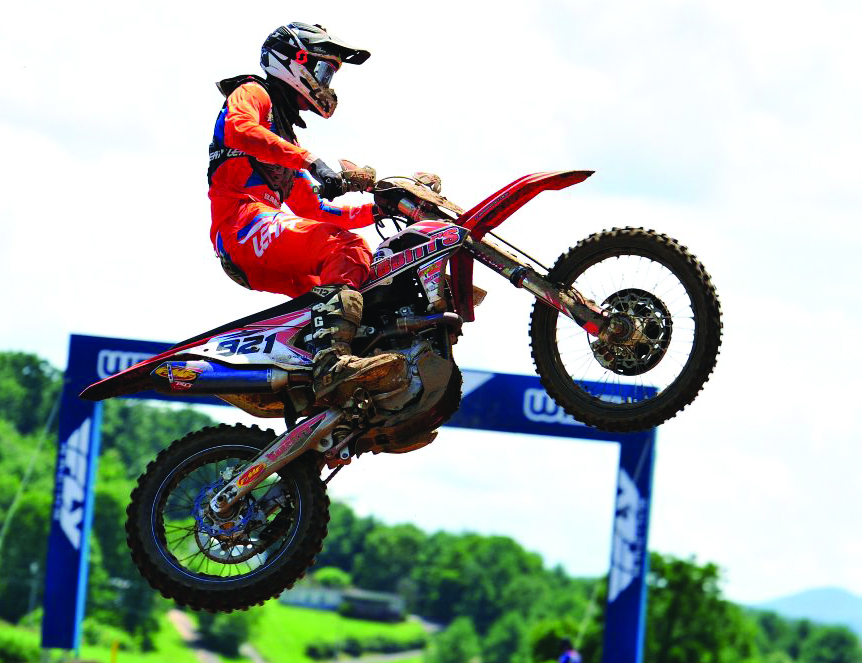