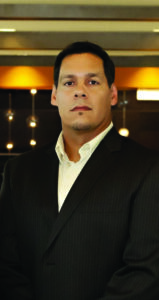 In his new position, Ross will lead four departments. Casino Marketing manages the experiences of Harrah’s Cherokee’s VIP guests through the delivery of premiere service and amenities. Ross joined Harrah’s Cherokee in 2002 as a member of the Cherokee Development Program (which aims to develop EBCI tribal members as leaders within the Enterprise) and has held multiple positions since he first arrived. He has previously served as the advertising manager, a member of the Tribal Casino Gaming Enterprise Board of Advisors, as well as the regional director of casino marketing.

Montague holds a bachelor’s of science degree in business administration and marketing from Western Carolina University.