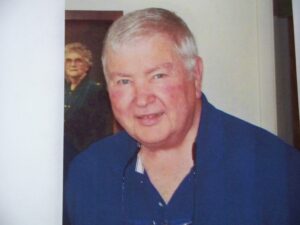 John W. Arnold Jr. left this world for a place of no more pain, but endless joy and peace, on Friday, June 16, 2017 at the age of 76.  He is survived by his wife of 44 years, Lorraine Longnion Arnold, of Sylva; two sons, John Arnold III and David L. Arnold of Kannapolis; and one brother, Robert D. Arnold, and family of Burleson, Texas.

He was employed by the Bureau of Indian Affairs in Arizona and New Mexico. After moving to North Carolina with his new family, he was employed by Cherokee Central Schools located on the Qualla Boundary for a total of 41 years.  He retired from Cherokee Central Schools in 2008.  He continued his association and close friendships with many folks in Cherokee.  He considered it an honor and privilege to serve as Personnel Director for CCS for 18 years, and later on, as a mentor and counselor for his cherished friends on the Cherokee Boundary.  He was an active member of First United Methodist Church of Sylva since 1976 and the weekly Men’s Community Bible Study for over 10 years.  Limited mobility and many health challenges did not stop him from serving others in any way that he could physically accommodate.  He will be missed, and yet forever cherished in our hearts by family and friends.

A memorial service will be held at the Sylva First United Methodist Church on Wednesday, June 21 at 2pm.  Family will receive friends after the service in the fellowship hall.

In lieu of flowers, the family asks that gifts in memory of John Arnold be sent to First United Methodist Church in Sylva, for financial needs and/or for the Cherokee Children’s Home on the Qualla Boundary in Cherokee, NC.