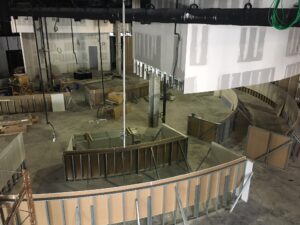 Throughout May, the focus on the construction at the new Harrah’s Cherokee Multi-tainment Center was to prepare for the finishing trades, such as painters, flooring, and bowling vendors to arrive onsite. These preparation tasks included completing all in-wall and overhead mechanical, electrical, and plumbing work. As the month came to a close, the construction team was successful in completing all necessary prep work for finish subcontractors to make their debut.

With the interior addition and renovation space now becoming one, the team has successfully completed 95 percent of stud framing, including the layout of the new booths in the restaurant area and 100 percent of in-wall and overhead electrical, mechanical, and plumbing install. The painters have painted the ceilings on the second floor, and have made progress on priming the walls primed on the first and second floors. By the end of May, approximately 80 percent of the drywall for the building has been installed, awaiting finish and paint.

In addition to interior finishes, the team is also working on exterior finishes. When the canopy demolition occurred at the end of 2016, all original stonework was removed from the planter walls and stored. The stone masons have begun relaying some of that stone to place on the addition’s exterior façade.

The exterior insulation finishing system (EIFS) contractor began work on the north face of the building, working their way around to the south side or the main entrance of the building. Also, the window contractor will begin installing the first of the storefront and curtainwall systems. 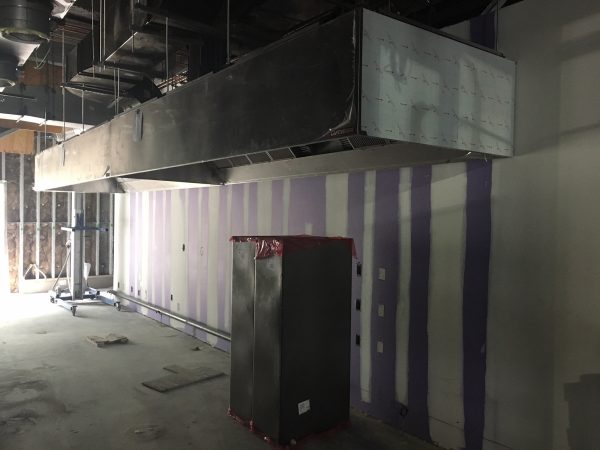 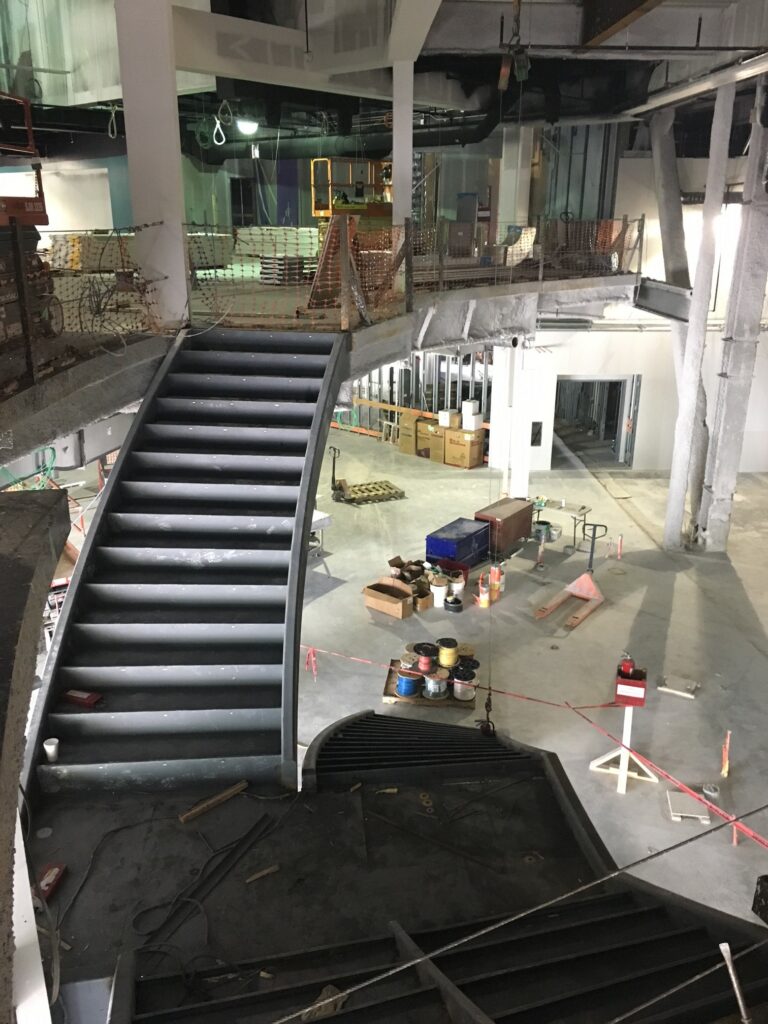 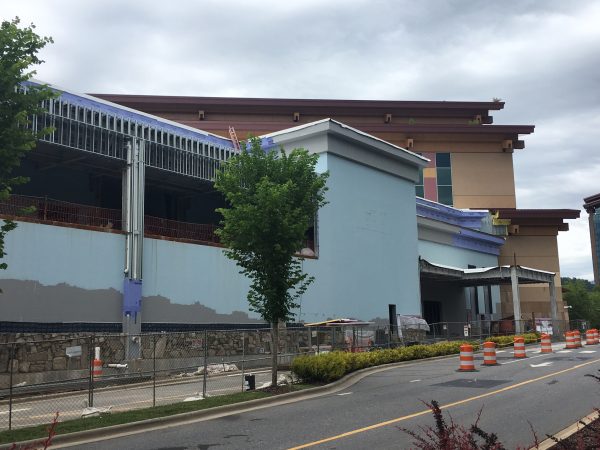