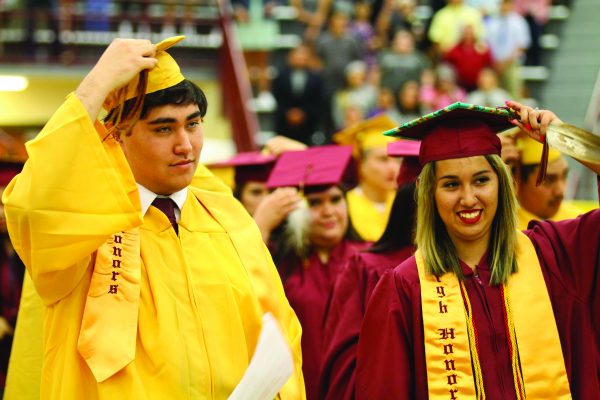 “Don’t count the days, make the days count,” was the motto for the Cherokee High School (CHS) Class of 2017.  That Class made the day count and took a step towards their future as CHS held its annual commencement ceremony in the Charles George Memorial Arena on Saturday, May 27.

“Class of 2017, I have known most of you all of your lives,” said Debora Foerst, CHS principal.  “And, I’ve been given the privilege of getting to know all of you over the past several years.”

She praised the graduates for how they have grown and matured over the years.  “Your Class motto says, ‘Don’t count the days, make the days count’…you Class of 2017 have met every single graduation requirement established by the state of North Carolina and the Cherokee Central School System and you made those days count.  Regardless of whether you’re heading straight into a career or heading off to college or the military, my prayer and hope for you now is that you will leave Cherokee High School today and still make your days count.” 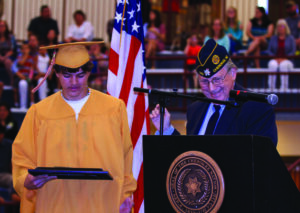 Kendra Panther, salutatorian, commented in her address, “Today is an important event and one that we will never forget.  After more than a decade of getting up at 6:30am, getting homework done every night and stressing over tests or assignments, our time at Cherokee Central Schools has now come to an end.”

She added, “Although we fell at times, we learned along the way.  It all helped us out in the end.  The trial and errors we encountered in middle school helped shape our paths through high school.  As we entered into high school, we had no idea what to expect.  All we knew was that we were starting our last four years of school.”

Panther concluded by saying, “Our futures are bright, and we wouldn’t be here if it weren’t for our amazing teachers.”

Richard Smith, valedictorian, stated, “Today is the start of a new beginning and new opportunities for us.”

He said some classmates are going to college, while others are entering the job field or the military, and he thanked those who helped everyone succeed.  “We wouldn’t be here with the help, guidance, and encouragement from our parents, friends, and teachers.” 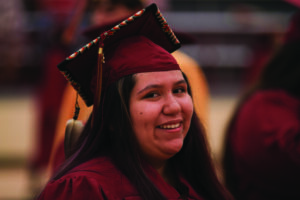 CELEBRATE: Christus Della Guadalupe Cedillo is all smiles as she lines up with the rest of her class following the opening processional to the traditional “Pomp and Circumstance”.

Smith wished his class well and noted, “I hope to see each of you succeed in your future field.”