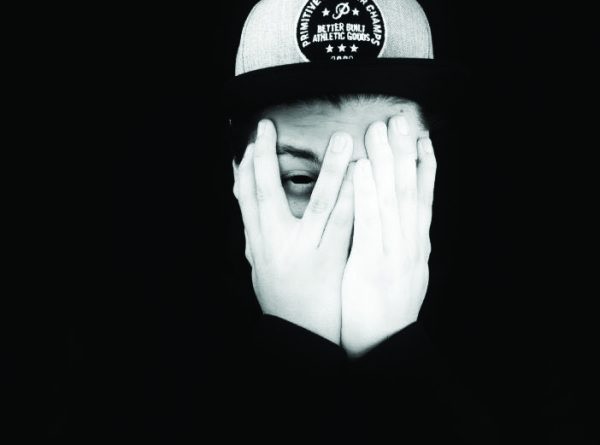 There is a long-standing tradition of outstanding Cherokee storytellers.  That history is continuing on with the new generation, some of which are taking it to new places.

Davis Grae Crowe, a 22-year-old EBCI tribal member, goes by the stage name of Banished DG and tells stories through his rap and R&B music.  He recently finished and released online a six-track project entitled “Influx”.

His grandmother paid for music lessons in Hendersonville.  “My grandmother got me and one of my younger brothers into it.  He plays drums, and I play guitar.  That creative outlet – she pushed it on us.”

Crowe says some of his earliest influences were late 1980s, early 1990s R&B and rap.  “My mom brought us up on it.  It was good stuff, but I listened to everything.  Being in bands in high school, I also got into metal, alternative, and indie.”

But, he was drawn to rap, “Rappers inspired me because they were storytellers.  Rap is very narrative-driven.  The lyrics are complex and its poetry.”

Crowe added, “I can’t listen to something without meaning behind it.”

Since putting his music online, the tracks have garnered nearly 300,000 plays.  After posting the tracks, he did some small promotions of the project through his friends on social media, and then it blew up.  “I just woke up one day, and it had jumped up to 32,000.  Apparently, larger pages and people with massive followings shared my music.  People were connecting with it and leaving comments.”

Crowe said he wanted the six tracks to tell a story.  “Everything is connected in a way.”

He never stops working on his music.  “I try to write every day, creating every day.”

Making a million dollars or selling out arenas has never been in his mind-set of working his music.  “I just wanted to share my experiences.  I was touching on subjects that are very personal to me.  I’ve gone through some hard times, and I’m using music as a way to express things that I couldn’t.  I always wanted to share it because growing up on the reservation a lot of people go through different hardships…I know people make careers out of this, but I just wanted people to hear the story and to share my story.”

The high online numbers surprise Crowe.  “It still bewilders me that people listen that much.”

In addition to continuing to work on his music, he does plan to attend Full Sail University in the future to study digital cinematography.  “In high school, there was a video filming and editing class, and I thoroughly enjoyed that…other than music, cinema is something that’s always inspired me.”

To follow Crowe on social media, visit his sites as follows: