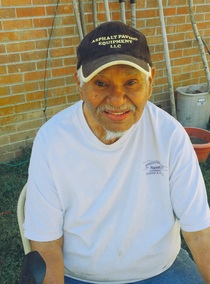 He was born Aug. 21, 1944 in Cherokee to the late Steve Watty and Rachel Tooni Watty.

Funeral Services will be held on Wednesday, April 26 at 1pm at the Straight Fork Baptist Church.  Rev. Charles Ray Ball will officiate.  Burial will follow at the Watty Family Cemetery.