Karyl Frankiewicz, an EBCI tribal member, will compete for the title of Miss Indian World in Albuquerque, NM on April 25-29. The pageant will be part of the Gathering of Nations, the world’s biggest powwow, at the new location, expo’s Tingley Coliseum. Frankiewicz is among the 27 Native American women that will compete in areas such as tribal knowledge, dancing, public speaking, and personality assessment during the five-day pageant.

This hasn’t been her first time upon stage.  She has carried the title of Miss Cherokee 2012-13 and went on to become Miss Indian North Carolina 2014-15. She has worked with tribes and organizations throughout her reigns and continues to work with them today. 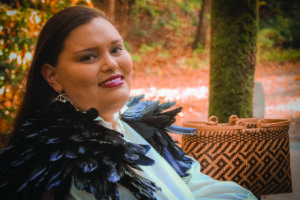 Frankiewicz is an EBCI ambassador with the United Tribes of North Carolina, a committee of uniting all eight tribes and four urban organizations. She is a Duyukvi alumni, where she was taught leadership skills, language, and traditions in the ways of her people. She has just recently become a Folkmoot ambassador, a program where groups from different countries from around the world come together to present their cultures. Frankiewicz also works with young girls to prepare for pageants within her tribe and among the state of North Carolina.

“Karyl exhibits servant leadership among southeastern tribes,” said April Whittemore Locklear, Miss Indian World 1998-99.  “I know she will do the same for the indigenous nations of the world. She continues the true ways of the Cherokee while humbling learning the traditions of her sister tribes of North Carolina, I believe Karyl would be an asset as Miss Indian World.”

Organizer Melonie Mathews said the title of Miss Indian World is one of the most prestigious honors a young Native American woman can achieve. “Equivalent to the Miss America title, the winner will represent all Native and indigenous people throughout North America and will serve as a cultural goodwill ambassador throughout the world.”