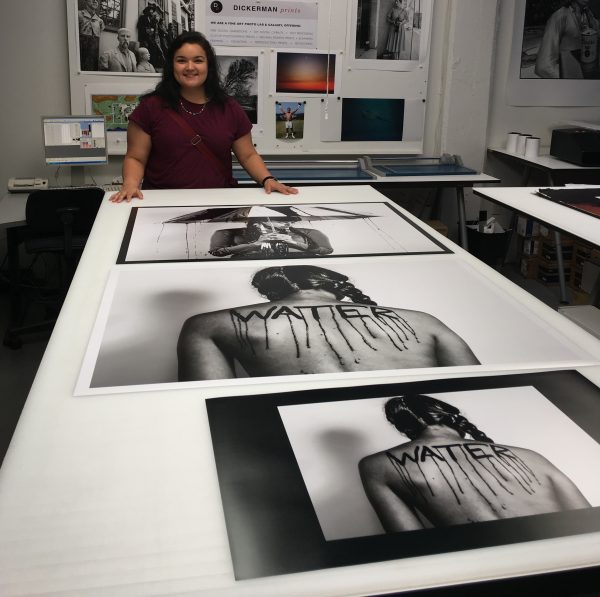 PHOTOGRAPHER: Madison Hye Long, an EBCI tribal member, is shown with several of her photographs that will be featured in a show in San Francisco in a gallery called Galeria De La Raza from March 11 – April 30. (Photo courtesy of Madison Hye Long)

Madison Hye Long looks at things differently than most people.  She has the eye of a photographer, and sees the world through her lens.

The EBCI tribal member will have several of her photographs featured in a show in San Francisco in a gallery called Galeria De La Raza from March 11 – April 30.  “The exhibition is entitled ‘Echame Aguas’ which translates to ‘keep a lookout for me’ as a gesture of solidarity for all communities being affected by water-related issues that threaten the well-being and existence of our Earth,” Long noted of the exhibit.

The photo collection that Long is issuing to the exhibit was inspired by events with the Dakota Access Pipeline (DAPL) that is running close to the Standing Rock Sioux Reservation in North Dakota.  “I had a class last semester, and our final was to create a collection of images that had a concept built behind it and a personal meaning to ourselves,” she said.  “At the time, a lot of indigenous people were being shot with non-lethal weapons, being sprayed with mace, and even being attacked by dogs.  My people were being arrested for standing up for what was right.”

She added, “I took this situation very personally as did many other indigenous people all throughout the world.  That is why I added two young Native American women (Peshawn Bread and Ashley Atencio) to be my models for the collection.  I knew I couldn’t make it to North Dakota to attend the NoDAPL fight, but I made a message through what I know best…and, that is photography.” 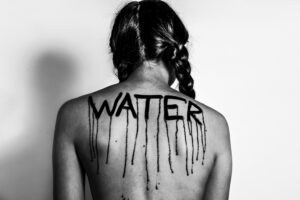 WATER: This photo is entitled “Behind Our Backs”. (Photo by Madison Hye Long)

Long, a 2015 graduate of Cherokee High School and former Teen Miss Cherokee, is majoring in photography at the Academy of Art University in San Francisco.  She plans to attain a bachelor’s of fine arts degree within the next three years. Following her graduation, Long said she plans to move back to North Carolina, get a business degree, and “then use both of my degrees and travel all throughout the world taking pictures for, hopefully, companies like National Geographic”.

She started her photography journey at the tender age of 12.  “My parents had gotten a digital camera while we were on vacation, and I was always taking pictures, printing them, and hanging them all over my wall.  I then joined the middle school yearbook club at Cherokee Middle School and since then I have done nothing but grow and love this type of art, so much that I am pursuing it in art school.”

Her favorite thing to shoot is landscapes. 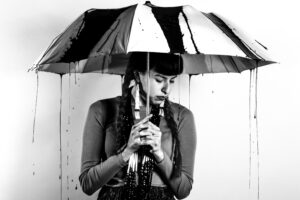 RAIN: This photo is entitled “A-Ga-S-Ga U-Yo” which translates from Cherokee language as “raining bad”. Long credits David “Chunky” Jumper for helping her with the translation. (Photo by Madison Hye Long)

“I grew up in the mountains, and the views and colors in the western North Carolina area are unbelievable.  But, since I’ve moved to San Francisco, I’ve had access to very nice studios…so, now I really enjoy doing editorials and portraiture.”

Long said she is very grateful for the support of the Cherokee community and the Eastern Band of Cherokee Indians.  “First of all, I want to thank my Tribe that offers free higher education.  Without that, I probably wouldn’t be here.  Our Tribe has great resources.  We just need to know how to use them.  Secondly, I want to thank my family for supporting and believing in me.  I love you all more than you’ll ever know.”

She went on to give a message to Cherokee youth and students, “I just want the youth to know that you should get out and take advantage of every opportunity you have to better yourself.  And, everywhere you go, you are representing the Eastern Band of Cherokee Indians.” 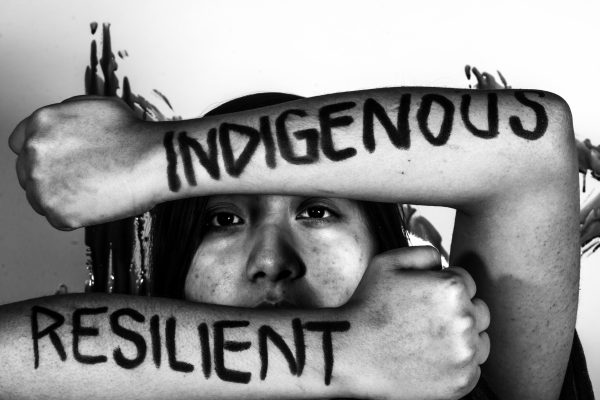 RESILIENT: This photo is entitled “Rose”.