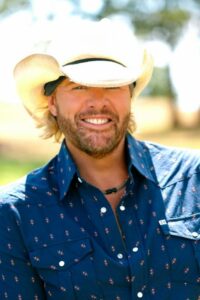 Toby Keith is coming to Cherokee for the first time as a part of his “Interstates and Tailgates Tour.”  He will perform in the Harrah’s Cherokee Event Center on Thursday, June 30 at 8pm.

Keith released four albums from 1993 – 1997, all of which had chart singles and certified gold. But, Keith really came into his own with the 1999 release of “How Do you Like Me Now?” which was certified platinum and stayed at number 1 on Billboard for five months. Since then, he’s released 13 studio albums, two Christmas albums and four compilation albums.

In June 2015, Keith was inducted into the Songwriters Hall of Fame. Far from capping off his career, he continues to belt out new hits. His most recent album, “35 MPH Town” debuted last October at #2 on Billboard’s Top Country Albums.

Tickets go on sale at Ticketmaster locations on Friday, April 1.