SYLVA – Among Native American males enrolled at Southwestern Community College during the 2012-13 academic year, 40 percent left the college without graduating. 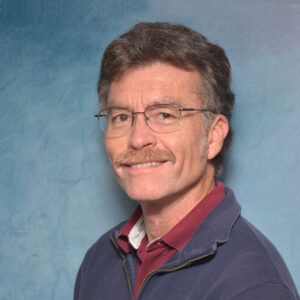 A former SCC student who dropped out but later went on to get his bachelor’s degree from Appalachian State, Dixon plans to draw on his own experiences to encourage current students to avoid the same pitfalls that befell his own educational journey.

“I’m a statistic,” said Dixon.  “I was here from 1974-75, but I left and joined the service …. When I got to Appalachian years later, I had to take developmental math to pull myself up. I had to work on my study habits.”

“We looked at outcome data for our students over a three year period and found that minority men, and Native American men in particular had lower retention, graduation and transfer rates than non-minority men,” said Dr. Mark Ellison, director of Student Support Services and coordinator for the grant.  “Southwestern enrolls more Native American men than any other minority male population, and we want to provide support that will help them succeed.”

Dixon joined the college on Dec. 1 and is already working on strategies to help more minority males succeed which will included faculty/staff mentors for students, connecting students with the many support resources on campus, cultural enrichment trips, visitations to colleges and universities, and volunteer enrichment programs.

“I live on the (EBCI) Reservation, and I hope to make inroads there,” he said. “I’ve worked for tribal nations in the western U.S. in the past, so I can relate to the tribal world.”