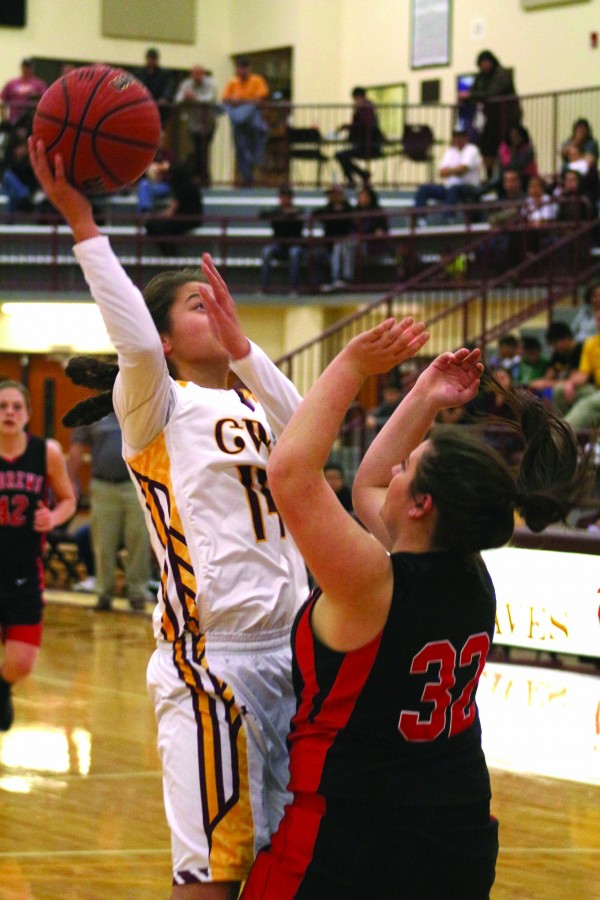 “Our defensive intensity was way better than it was last night (Monday game against A.C. Reynolds), and that made our offense work so much better,” said Chris Mintz, Lady Braves head coach.  “We passed the ball great inside and had a bunch of easy baskets.”

He added, “I hope we just keep improving.  Tonight, we played a whole lot better.  As long as we keep improving.  We’ve got a ways to go to get to where we want to be, but we’ll keep getting there.”

Cherokee came out of the blocks playing hard defense.  In fact, Andrews didn’t score until the 4:52 mark of the first period at which point the Lady Braves had an 8-2 lead.  Cherokee kept the pressure up and led 32-6 after the first. 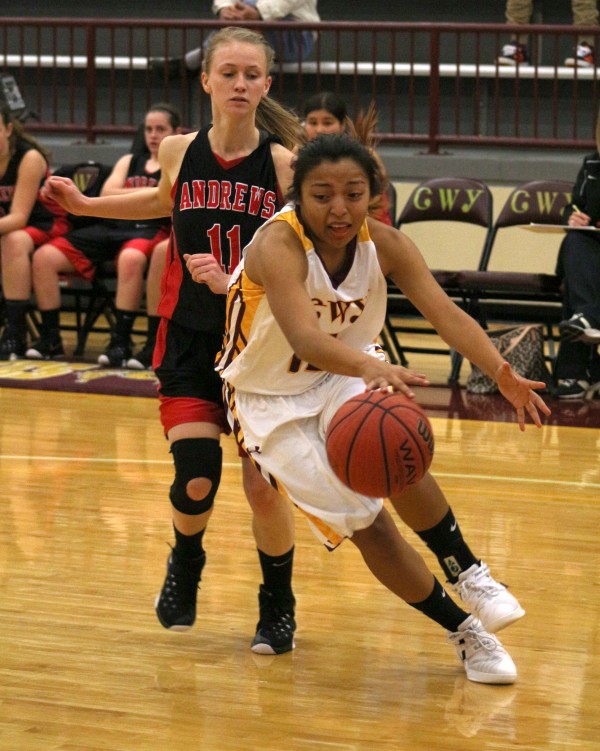 Cherokee’s Pooh King (#10) drives past Andrews’ Erika Griggs (#11) in the first half of Tuesday’s game. King led the Lady Braves with 23 points.

The rest of the period was relatively even with Andrews scoring 12 and Cherokee scoring 11 as the Lady Braves took a 47-26 lead into the locker room.

The Lady Braves came out for the third period gunning and extended their lead to 30 (62-32) following a traditional three-point play by Wolfe at the 5:45 mark.  Three minutes later, Cherokee had doubled Andrews’ score at 68-34.

With 1:10 left in the third, Carla Wolfe, Lady Braves freshman guard, grabbed a rebound and drove coast-to-coast for a lay-up to give the Lady Braves a 40-point lead (75-35) thereby invoking the NCHSAA mercy rule, and the clock ran continuously for the remainder of the game.

The fourth period went quickly and Cherokee took the 80-49 win.

To view or purchase photos from this game, visit: https://onefeather.smugmug.com/SPORTS/BASKETBALL/LADY-BRAVES-BASKETBALL-201516/Vs-Andrews-December-8/