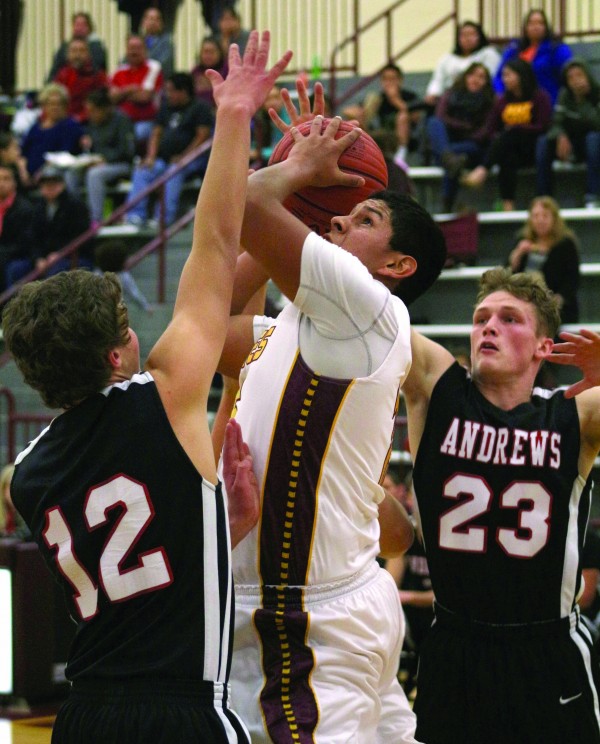 Four Cherokee players were in double digits as the Braves (4-1) won their Smoky Mountain Conference opener over Andrews (0-2) 89-60 at home on Tuesday, Dec. 8.  Steven Straughan, senior forward, led the way for Cherokee with 17 points followed by Kennan Panther 14, Justus Day 14 and Jason McMillan 13.

“I thought they did fairly well considering that they were tired from the game last night (A.C. Reynolds on Monday),” said Willis Tullos, Braves head coach.  “We didn’t play as crisp as we did last night, but we played well enough to win.  They gutted it out.  They were tired.” 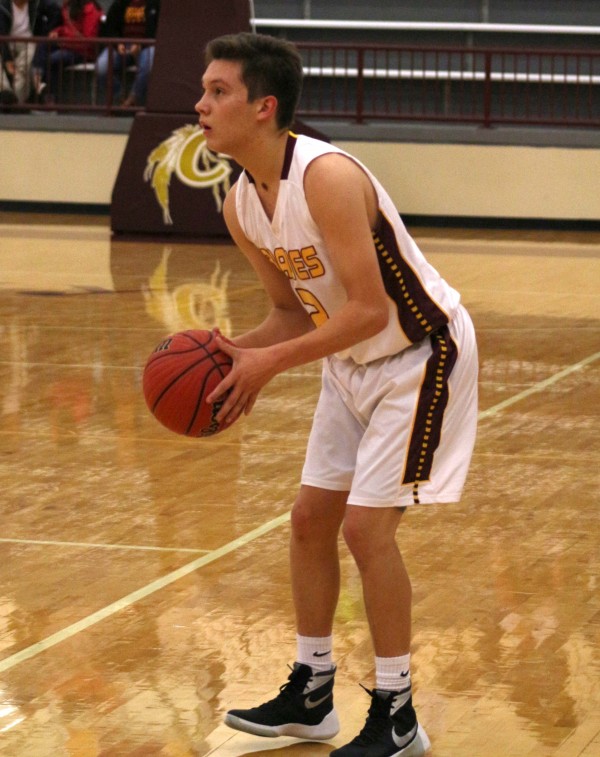 Steven Straughan, Braves senior forward, sets up to shoot of several three-point shots he made on the night. He led Cherokee with 17 points.

Andrews came out running at the beginning of the second period and took the lead (18-16) just 12 seconds in.  The Wildcats extended that lead to 23-19 in the following minute.

McMillan made two baskets in a row including a three-pointer to put the Braves back on top (24-23) at the 6:22 mark, and Cherokee would not relinquish their lead again.

From that point, the Braves went on a 13-2 run leading 37-25 with three minutes left before the half.  Steven Straughan hit two three-point shots to end the half, and the Braves led 51-30 going into the locker room.

Cherokee outscored Andrews 20-14 in the third period to lead 71-44 going into the fourth period.  The Braves were able to get a lot of bench play in the final two periods and ended up taking the 29-point win (89-60).

To view or purchase photos from this game, visit: https://onefeather.smugmug.com/SPORTS/BASKETBALL/BRAVES-BASKETBALL-201516/Vs-Andrews-December-8/